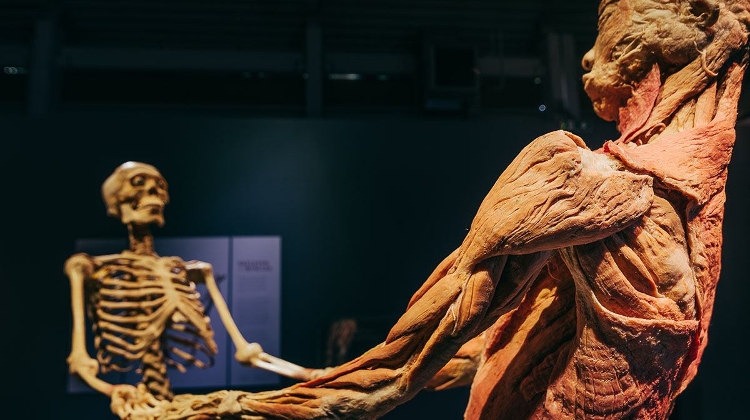 The Body Exhibit, which started in Japan and has since toured the world is situated on Budapest’s trendy Király street.

Tourists, Budapestis, and Hungarian middle and high school science classes tour the Body Exhibit in any given weekday.

The exhibit of course offers discounts for students and such making it an affordable local excursion.

Even if cadavers aren’t your forte, the exhibit is arranged more from a medical standpoint, with the exhibited bodies of the generous Japanese (mostly males) who devoted their afterlives to science, arranged in statuesque fashions depicting specific systems.

The main focus of the exhibit is actually the isolated parts which are displayed in glass cases resembling more of a medical laboratory.

The exhibit was divided into eight sections emphasizing each system of the body in addition to one room showing the stages of fetus growth as well as preserved further developed fetuses that had some type of ailment.

This room had an addendum before entry yet although controversial, the display of various stages of fetal development in glass jars was more awe striking than morbid.

The final emphasis was on the beauty of the body, the importance of dissections for science and finding fulfillment in life.

Words by Briana Gomez for XpatLoop.com