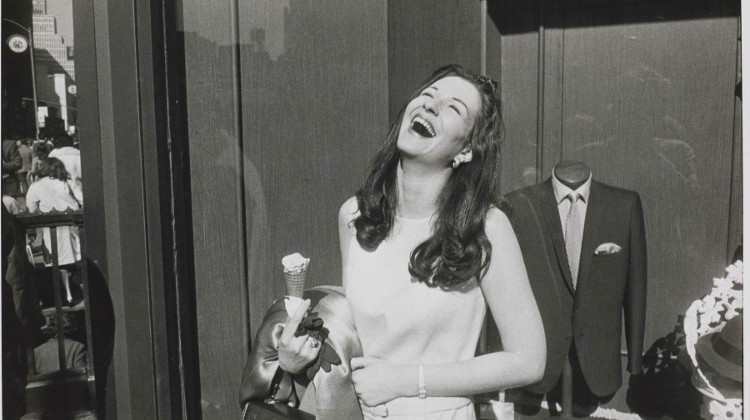 On view from 17 July, until 30 September. Garry Winogrand, the “pioneer of street photography” captured the women in the United States of America in the 1960s and 1970s with quick and accurate timing through special angles.

During the second wave of feminism and in the age of sexual revolution, the figure of a confident, happy, free, rebellious and beautiful woman is reflected through the lens of Winogrand through everyday scenes of life – by the swimming pool, on the beach, on the street.

The 1960s marked a change in the attitude of women resulting from their intense exercise of private (inner) and public (outer) freedom.

Better than any other, the photographic lens of Garry Winogrand showcase this social transformation: the images of his decade-long dedication build unique and unparalleled documentation immortalizing this vigorous revolution of womanhood for the history of photography.

Nicknamed the ‘prince of the streets,’ Winogrand earned the title by meticulously taking portraits of women during their mundane activities in the public sphere, turning their actions into empowered imprints of shapes and forms.

The album Women Are Beautiful appears in 1975, compiling the images of Winogrand’s commitment to taking photographs of women anywhere: at swimming pools, cafeterias, high-society parties, and, above all, in the streets of New York.

By avoiding naked pictures and studio portraits, Winogrand explores the way in which women express their sexuality through their clothes, hairstyles, gestures, laughter or whispers.