Opinion: Hungary Is A Major Political And Economic Player In Montenegro 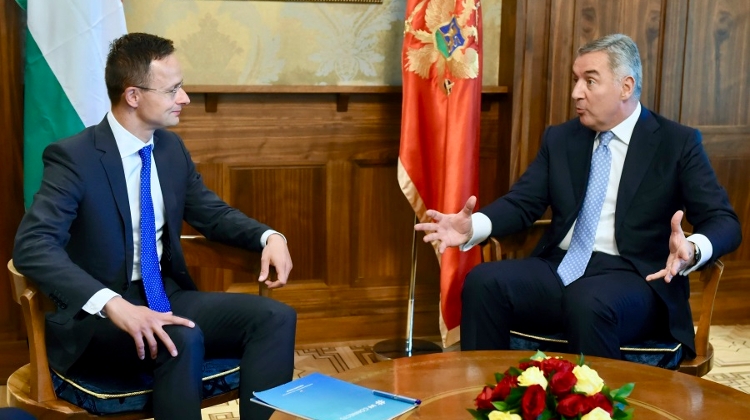 Donald Trump comes out with something outrageous practically every day. Take, for instance, his remarks on Montenegro. In an interview with Tucker Carlson of Fox News he made the following brilliant observation: “Montenegro is a tiny country with very strong people…. They’re very aggressive people. They may get aggressive, and congratulations, you’re in a world war three.”

Montenegro was admitted to NATO in June 2017, not long after a coup attempt apparently inspired by Russia in the hope of preventing Montenegro and other Balkan states from moving closer to the western alliance and eventually to the European Union.

It is surprising that Trump even knew anything about Montenegro, although he did come into contact with its prime minister, Duško Marković, at last year’s NATO summit when he unceremoniously pushed him aside.

Senator John McCain recalled that “the people of Montenegro boldly withstood pressure from Putin’s Russia to embrace democracy” and said that “by attacking Montenegro and questioning our obligations under NATO, the president is playing right into Putin’s hands.” Or, as the president of the Council on Foreign Relations said, the president threw Montenegro under the bus.

There is no question that Russia strongly opposed Montenegro’s joining NATO, but whether it was behind an assassination attempt on Prime Minister Milo Đukanović in October 2016 is hard to prove. The suspicion lingers, however, that the organizers of the coup attempt were actually Russians.

The Montenegrin-Hungarian relations have been extensive in recent years. The Orbán government normally takes a proactive position on promoting the admission of West Balkan countries to NATO and eventually to the European Union.

Naturally, the Orbán government favors right-of-center forces in the region, but lately politicians the Fidesz leadership has favored haven’t fared well. It is enough to think of Macedonia, where despite the ferocious anti-Soros campaign, Orbán’s favorite politician, Nikola Gruevski, lost both the national and the municipal elections.

Still, by coming to an understanding with Greece, Macedonia will be called New Macedonia, which may open the door for admission to NATO. In Albania, the Orbán government has had a long-standing and close relationship with Sali Berisha, former president of Albania, whose party’s candidate was defeated by the incumbent prime minister, the socialist Edi Rama.

In the Western Balkans Orbán has only one really good friend in power: Milo Đukanović, known as Montenegro’s “eternal president.” He has served either as president or as prime minister of the country since 1991. The last time he won was just a week after the Hungarian elections, on April 15.

In addition to running Montenegro as his own fiefdom, Đukanović is infamous for being one of the most corrupt politicians anywhere. In 2015 the Organized Crime and Corruption Reporting Project named him “The Man of the Year in Organized Crime.”

He runs Montenegro in very much the same way that Orbán runs Hungary. He and his family, just as in Orbán’s case, are considered to be the richest people in the country, but their wealth is well hidden.

Hungary is genuinely popular in Montenegro because the people look upon the Orbán government as a strong supporter of their aspirations toward closer integration into the western world.

Hungary was one of the first countries to recognize Montenegro as an independent country and established diplomatic relations with it in 2006. After 2010 contacts became especially close. For example, Hungarian experts were helping Montenegro in its accession negotiations with the European Union. Over the years trade relations have also grown substantially.

Hungary is a big player in the Montenegrin economy. The largest bank in the country is in Hungarian hands. It is a subsidiary of OTP, Hungary’s biggest bank. For a while Crnogorski Telekom was also owned by Magyar Telekom. The owner of Montenegro’s largest hotel is Lőrinc Mészáros, who bought it recently from another Hungarian businessman.

Thus, good relations between the two countries are important to both parties. In January, just before the election campaign, Orbán, in the company of Antal Rogán and Gergely Gulyás, received Đukanović, who at that point was chairman of the Montenegrin government party.

As a diplomatic source told Index, “the connection between the two countries was always important, but after the admission of Montenegro to NATO, they have much to thank Orbán for.”

Immediately after the Montenegrin national election, which ended in Đukanović’s presidency, Csaba Balogh, undersecretary in Hungary’s foreign ministry, visited Podgorica, where he promised all the help Montenegro needs in its accession negotiations with the European Union.

It looks as if Hungarian “experts” are still working in various Montenegrin ministries. For example, currently Hungary “assists the work of the ministry of human rights and minorities.” Orbán’s experts in the ministry of human rights? This would be funny if it weren’t so sad. The question is that what kinds of tricks these experts pass on to their Montenegrin colleagues.

Csaba Balogh also gave a lecture on “the structural developments of the diplomatic network the Hungarian foreign ministry has undertaken since 2014.”

That despite the fact that Péter Szijjártó and Company have destroyed a large portion of the diplomatic standing Hungary had built up over the years. He apparently also gave a pep talk about the great successes achieved as a result of Viktor Orbán’s brainchild, the “Eastern Opening.”

And again, he did this despite the fact that the network of trading houses, after immense financial losses, has just been dismantled. Learning too much from these experts might be injurious to the health of Montenegro, which has enough economic ills of its own without Hungarian help.