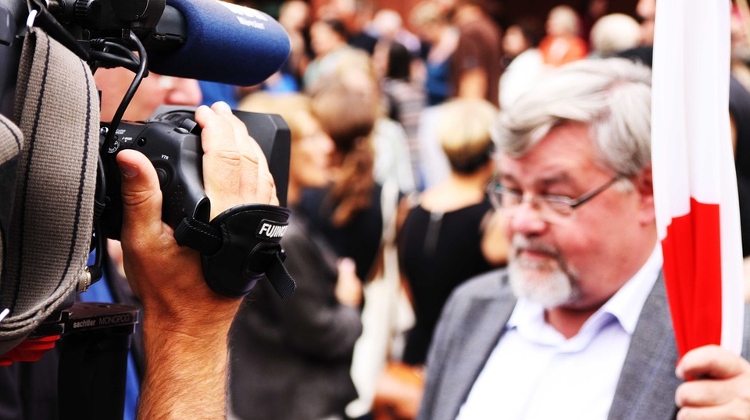 An official of the radical nationalist Jobbik party has accused ruling Fidesz of waging a war of “terror against free speech” and Prime Minister Viktor Orbán of “representing the Bolshevik tradition of suppressing and eliminating alternative thinking”.

“The onetime liberal terror against free speech represented by the now defunct SZDSZ party now has been succeeded by a Fidesz-led one,” deputy party leader Enikő Hegedűs told a press conference in reaction to what she called “a demonstration of power; the occupation by force of the studio of commercial news channel Hir TV” the previous day.

Nyerges on Wednesday announced changes in the entire management and staff at the broadcaster that include a return of former staff members. Simicska bought Hír TV in 2015 after fallen out with ruling Fidesz and Prime Minister Viktor Orbán.

Gergely Őrsi, the deputy leader of the Socialists’ Budapest chapter, said that the term free press meant for the ruling party that businessmen “linked to Fidesz” such as Zsolt Nyerges, Lőrinc Mészáros and Árpád Habony were “free” to buy any media outlets and “finance their operation from state ads”, some of them even at a loss.

He said it was “not normal” by Fidesz to state that the party got back a broadcaster that had earlier been taken away from them.