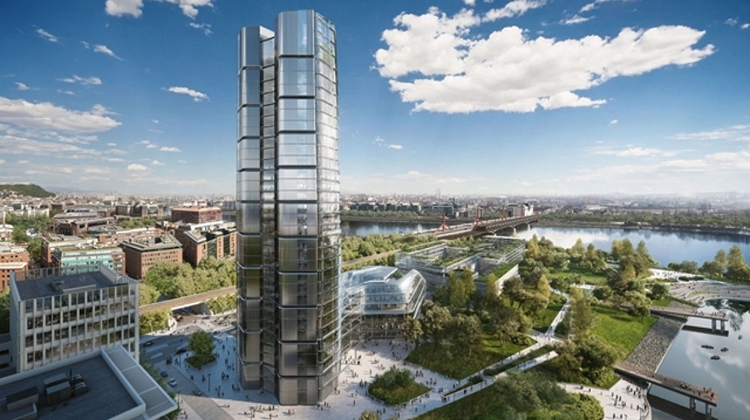 The government has discussed a ban on skyscrapers to preserve the traditional profile of Budapest, Gergely Gulyás, who heads the Prime Minister’s Office, said at a regular press briefing.

There would be an outright ban on buildings over 90 metres, and decisions would be taken by authorities on a case-by-case basis for buildings between 65 and 90 metres, he said.

The ban will not affect the construction of a 120-metre headquarters in the south of the capital for oil and gas company MOL, as the building was cleared before the ban, he said.

Informal talks were earlier held with MOL, OTP Bank and Richter - Hungarian companies with high international profiles – on the possible construction of skyscrapers to serve as their headquarters, and only MOL wanted to avail of the opportunity, he added.

On another subject, Gulyás said that Hungarian tourism had seen considerable growth, with a 5.3% increase in total turnover this year compared with 2017 and an over 10% increase in commercial accommodation revenues.

The number of foreign visitors increased by 4% and the number of domestic tourists by 6.8% this year compared to the same period of last year, he said.

MOL Gets Permit For Skyscraper