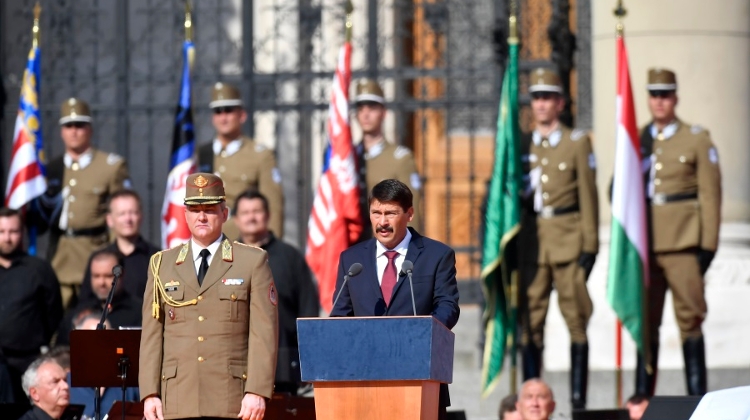 Speaking at the oath taking ceremony of young military officers, Áder quoted author Sándor Márai and said that “Hungary could only survive in a new Europe with quality in the focus; we are not in a position to be mediocre”.

Addressing the young officers, Áder said that “St. Stephen gave us a Hungarian heart and European conscience” and added that the 11th century king had been “aware that peace is conditional on preserving Western civilisation”.

Hungary has been strong and could “withstand the storms of history” while other, greater nations have disappeared, Áder said. St. Stephen’s legacy has helped build an “independent, free and European country, which many have attempted to capture but it has been saved through the faith, work and insistence of those that did not bend in the storm of times,” the president said.

“This land has been ours for a thousand years and will stay our shared homeland as long as there are people in the heart of Europe that feel and understand the slogan: Homeland before all else,” Áder said.