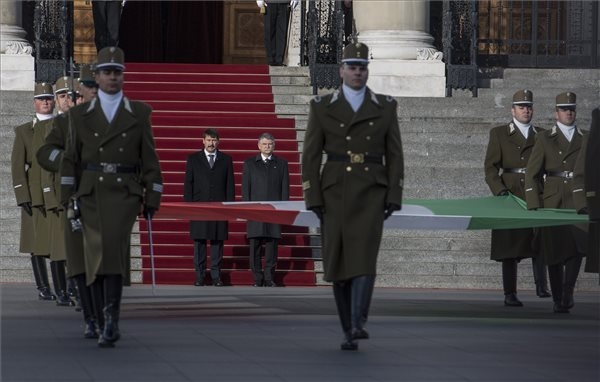 Next year’s European parliamentary elections could bring about the start of a new phase in the life of the European Union, Parliamentary Speaker László Kövér said in an interview to daily Magyar Idők.

The new phase the EU could then embark on will be one where the questions of the resettlement of migrants and the establishment of a united states of Europe are no longer on the agenda, he said.

Kövér added, however, that the EP elections would not mean the end of the fight for “real European values”.

The speaker said the Hungarian government believes the EU to be “the best way for Hungary to enforce its interests, but right now the EU is tearing itself apart”.

He said those who see themselves as “trustees” of the EU were the ones “steering the continent into a disaster” in part with their immigration policies, and in part by “breaching written regulations” and “pushing the EU in the direction of federalism”.

Central Europe in a broader sense, meaning Poland, the Czech Republic, Slovakia, Hungary, Austria, northern Italy, the eastern part of Germany and Bavaria were the continent’s main hope for survival, he insisted.

Either western Europe can draw strength from this and turn back on “the wrongful path it started down on” or it will continue to try to integrate the tens of millions of people it has taken in and still wants to take in who “have no desire whatsoever to conform to the culture of their new home”, Kövér said.

He said the meaning of history was the survival of the nation and culture “that makes our homeland our home”.