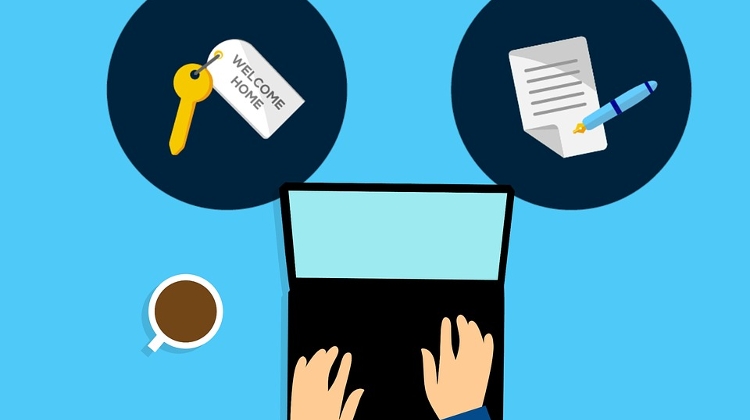 Who rules online real estate ads in Hungary: ingatlan.com or Jófogás? While the latter site has dominated the general online classified advertisement market since the acquisition of OLX (Apród) in 2015, ingatlan.com still leads the very lucrative segment of real estate ads, with 250,000 advertisements that are more up-to-date than the competition’s, and growing operating profits.

Between 2011 and 2015, Hungary’s online classified advertisement market had been defined by the competition of the two largest players, Jófogás and Apród (later OLX).

Even though OLX had been in the winning position in this “battle of the giants”, it was Jófogás that later acquired the Hungarian operations of OLX, and was left with hardly any competitor.

Other players are also present in the market, such as Startapró and Topapró, but their figures (number and up-to-dateness of ads and site visits measured according to the methodology worked out by eNET-CUB in 2013) lag far behind the results of Jófogás, which rules the online classified ads market.

If it’s classified ads, then Jófogás; if it’s real estate ads, then ingatlan.com

But how about the market of vertical ads? In view of the boom seen in the real estate market in recent years, eNET-CUB focused on that market segment in their latest research.

As to the number of advertisements, the number of ads on each of these two sites had been 500,000, in 2016, but in both cases, these figures have declined significantly by this year. The reasons may include major database cleaning or higher demand, which results in faster transactions and consequently shorter active advertisement periods.

Even though the general classified ads market is ruled by Jófogás, ingatlan.com takes the lead based on the number of advertisements: in June 2018, that site featured 250,755 properties for sale or rent, while Jófogás had “only” 181,119.

Besides the number of ads, their up-to-dateness is of key importance, especially to buyers who don’t like to spend their time browsing ads for homes that are no longer actually available. Jófogás changed its policy in 2014 and claims to archive ads older than 90 days, but the rules are not always in line with reality.

The real estate section of Jófogás has many more old ads (13,332 posted over 90 days ago) – which should in theory not be displayed at all – than all other sections in total (5,175).

This renders it difficult to compare the figures with the data of other real property advertisement sites, and also makes life hard for visitors; an ad that is old or has not been modified for long is more likely to have lost its relevance.

While Jófogás is first in the overall online classified ads market, it is relegated to second position in the vertical market: ingatlan.com clearly led the market segment of online real estate advertisements in the examined period in terms of the number and up-to-dateness of ads, and also based on operating earnings.