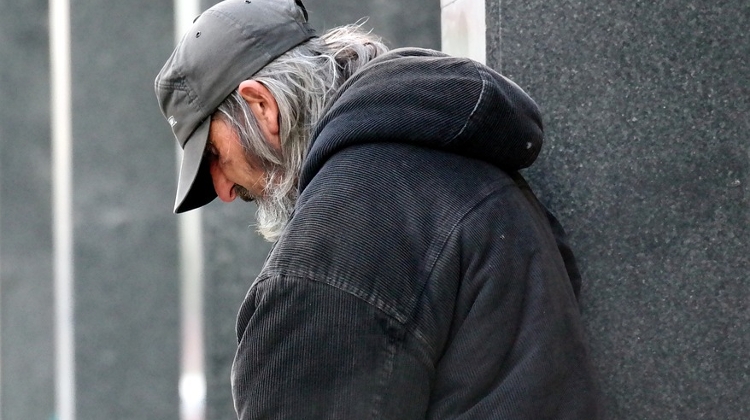 The new rules are instrumental in preventing homeless people from freezing in public spaces in winter and help all those living in the street to homeless shelters, Bence Rétvári said.

He insisted that “there have always been” enough beds at those facilities. Homeless facilities will help clients to “social services, clothing, (regular) jobs or participation in public works schemes, or training”, the official said, adding that “it is obvious that the way out of homelessness is through these temporary shelters”.

According to Rétvári, the government is spending 9 billion forints (EUR 28m) on homeless services this year and is in cooperation with “several hundred” charity organisations. Rétvári said that the new rules were necessary because “earlier regulations were unsuitable to eliminate homelessness”.

Hajnalka Juhász, MP of the co-ruling Christian Democrats, told a press conference that homeless shelters were “prepared” for the winter season with a total of 19,000 beds, complete with facilities for personal hygiene and health services.

She said that the shelters were open around the clock and added that “apart from police officers, social workers also facilitate communication with the homeless”. The government wants the homeless “feel that they are not abandoned”, the deputy said.

The opposition Párbeszéd party said it would appeal to the Constitutional Court, arguing that destroying the possessions of homeless people, as facilitated by the new rules, would be wrong. “Fidesz has declared war against homeless people rather than homelessness,” Bence Tordai, a deputy for the party, told a press conference.

He added that the government needed “a new enemy to replace the now distressed image of migrants”. An appeal to the top court requires the support of 50 MPs.

Hungary: There Are Sufficient Places For Those In Need