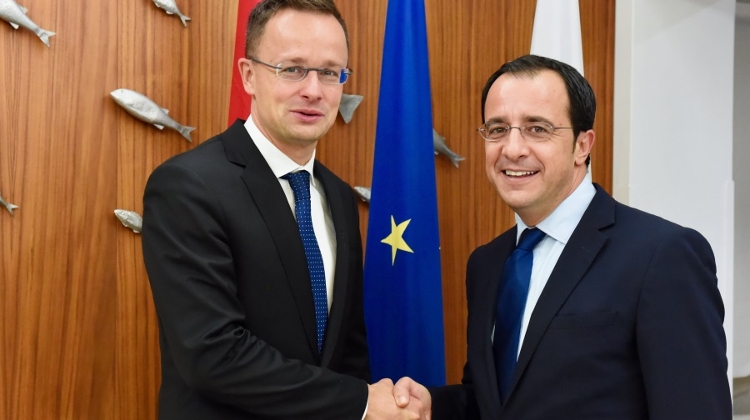 As the disputes about the future of the European Union intensify cooperation between countries that insist on their national identity, historical traditions and Christian culture will gain in significance, Péter Szijjártó said after talks with counterpart Nikos Christodoulides in Nicosia.

Hungary and Cyprus both belong to this group and represent identical positions on most issues concerning the EU’s future, he said.

They believe Europe and the European Union can only be strong if they are composed of strong countries and strong member states, and they agree that the protection of minority rights in Europe is of utmost importance and a matter of international law, which should be respected by all, he said.

Cyprus can play an important role in energy security for central Europe, Szijjártó said, noting significant gas reserves found around the island. Szijjártó agreed with his counterpart on signing an agreement on energy cooperation.

“We plan to work together in order to get Cyprus to exploit its gas reserves and transport some of its gas to central Europe, possibly through a pipeline, considering that liquid gas capacities in the region are still very modest.”

Szijjártó announced that Hungary will open a consular office in Nicosia this year. Hungary’s interests in Cyprus have so far been represented by its diplomatic missions in Athens. The ministers also agreed to tighten cooperation in various forums of the United Nations.