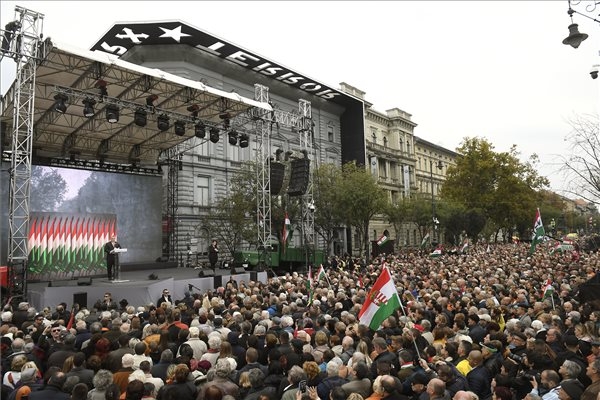 A conservative and a liberal pundit recall the 1956 revolution and interpret contemporary politics in the light of past events.

In Figyelő, Dániel Deák likens the Hungarian government’s battle to stop mass immigration to the 1956 October revolution. Hungary, the pro-government analyst writes, has for centuries fought for its own independence and freedom as well as for Christian European values.

He believes that the Sargentini report, supported by Western politicians, was meant to take away Hungary’s national identity. Deák hopes that Hungary and Poland will remain resilient and will succeed in defending national and Christian values.

Heti Világgazdaság’s Árpád W. Tóta suspects that the government will use the anniversary of the 1956 revolution to liken the EU to the Soviet Union. The liberal commentator finds it absurd to suggest that in 1956 Hungarians rose in defence of right-wing values.

Instead, he likens the current state of Hungary to the post-1956 period of the Communist régime. Just as after the anti-Soviet revolution, Hungarians today are once again trading freedom for stability and a few welfare perks, he suggests.