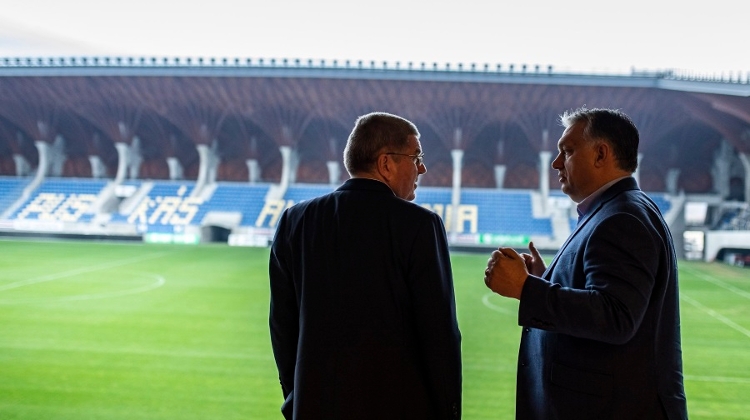 Orbán also met Nenad Lalović, president of the United World Wrestling (UWW), for talks on the world wrestling championships as well as on further international sports events planned for the city.

According to information from the prime minister’s press chief Bertalan Havasi, the talks were attended by Balázs Fürjes, government commissioner for major development projects in Budapest and international sports bids, and Szilárd Nemeth, head of the Hungarian Wrestling Federation.

At the talks, Orbán called Budapest a “global capital of sports” and argued that the city meets all requirements for the title including a good geographical location, strong economy, good services, security and hospitable inhabitants.

Havasi noted that next year Budapest will host table tennis, fencing, modern pentathlon and canoe-kayak world championships, while Budapest will be Europe’s Sports Capital, a title given by the European Union.

He added that the prime minister is also committed to having the World Urban Games, a new-generation multi-sports event in Budapest next year.