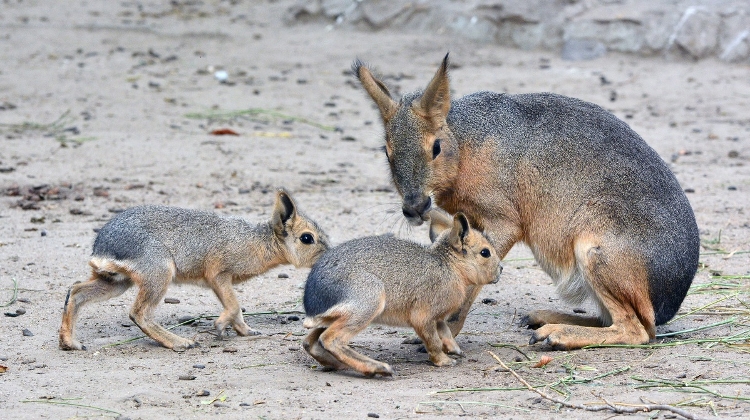 Patagonian maras, endemic in South America, brought a smile to our faces this year with their ten pups. The five pups most recently born have just come out from their refuge to the enclosure, say the team at the capital's zoo.

The South America enclosure of our Zoo is shared by several species endemic in the New World, including tapirs, capybaras, greater rheas and Patagonian maras.

This year the latter proved to be particularly fertile, since a total of ten pups have been born.

Since the births took place in March, April, May and at the end of the summer, the pups exhibited in the enclosure are of different ages and sizes.

The early spring ones have nearly reached their adult size, but there are smaller ones, and very tiny ones too, that recently ventured out of their den where they spent the first few weeks of their lives.