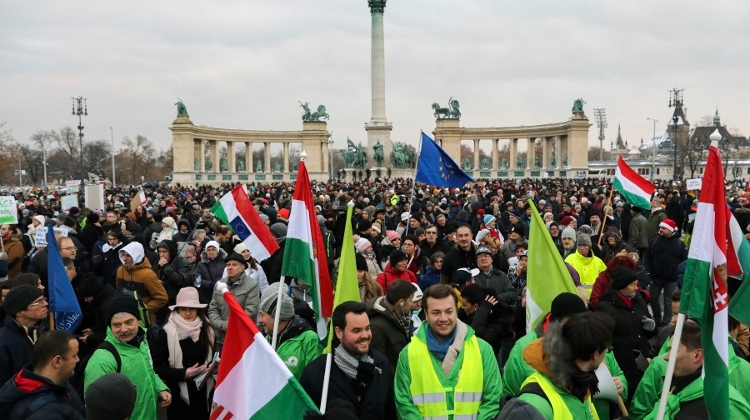 Hungary has seen some of its biggest demonstrations of public discontent since right-wing Prime Minister Viktor Orban came to power in 2010.

An estimated 15,000 people braved freezing temperatures in the capital Budapest for the fourth rally in a week.

They're protesting against new labor legislation that opposition groups have dubbed "slave law" for its provisions on overtime and deferred payments.