Work Of Hungary’s Prosecutors ‘Free Of Political Bias, Objective, In Line With Law’ 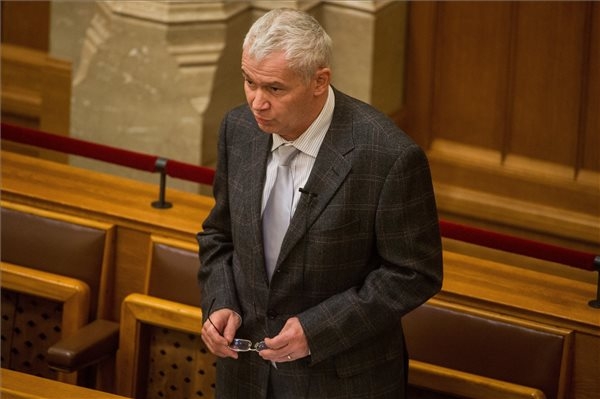 Chief Public Prosecutor Péter Polt told parliament’s justice committee that the prosecutor’s office had done its job “free of political bias, objectively and in line with the law” last year.

OLAF has made six recommendations for investigations to be opened, and the prosecutor’s office complied in three cases, he said, adding that in the other three cases investigations were already under way. Although the overall number of criminal cases declined last year, corruption cases showed a slight increase, to 1,123 from 984 a year before.

The office brought charges in 58.1% of the graft cases, with the ratio growing further, Polt said. The overall number of registered crimes has kept falling for six years, to 226,000 in 2017, he said.

The number of robberies plummeted to 853 from 1,141 in 2016, while the number of traffic offences and substance abuse cases grew last year, he said.

Regarding an arrest warrant against MOL head Zsolt Hernádi, Polt said the prosecutor’s office reviewed the case in September and, based on legal evaluation, rejected the warrant.

Leftist Democratic Coalition’s Gergely Arató said that the “political independence of the prosecutor’s office appears to be controversial”. He asked the chief public prosecutor about the Elios case, which OLAF has said involved suspicion of fraud in public procurement procedures.

Polt said that Elios, a former business interest of Prime Minister Viktor Orbán’s son-in-law István Tiborcz, had been under investigation prior to the OLAF report.

Upon the report, the investigation was reopened, he said. Párbeszéd group leader Tímea Szabó asked Polt of allegations that the defence ministry sold weapons worth several hundreds of millions for a few million forints.

Green opposition LMP’s co-leader Márta Demeter slammed the prosecutor’s office for not pressing charges on the matter of residency bonds.