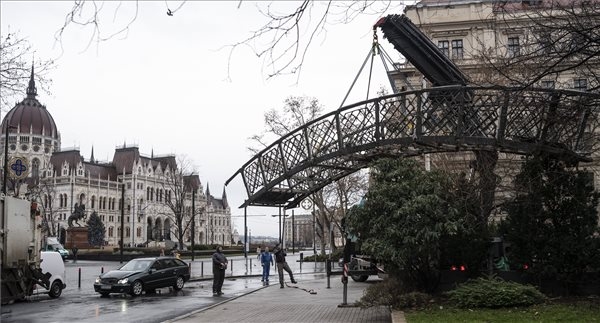 “There is no problem at all with Imre Nagy,” the head of the Prime Minister’s Office told commercial news channel ATV, dismissing concerns over the government’s decision to move the statue of the 1956-era leader.

He said the statue was removed from the edge of Kossuth Square near Parliament as part of a programme to restore fine works of art that preceded the Communist dictatorship and Nazi occupation.

They are not replacing the statue but restoring the area to its original state, which has been named Martyrs’ Square specifically after the victims of the 1919 Red Terror, he added.

Referring to criticism over the prime minister’s move to the Buda Castle District, he said,

“It’s no good constantly bringing up the Horthy era”, adding that the situation then was “different”.

He said that, as a minister, he would remain in the Parliament building together with hundreds of his colleagues as there was no room for them to move to the new Prime Minister’s Office.