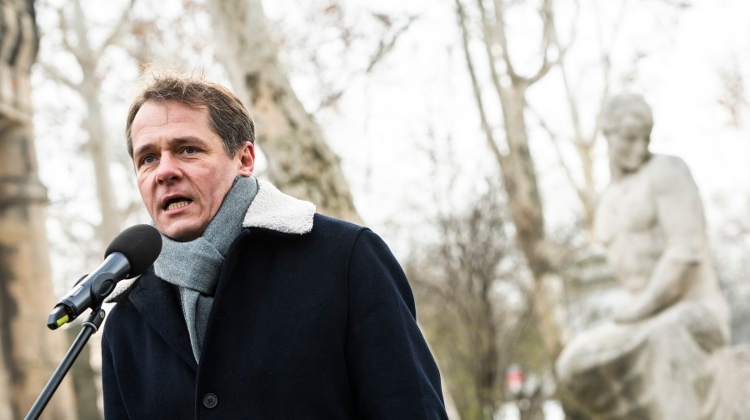 On the 100th anniversary of the death of one of Hungary’s greatest poets, a left-liberal columnist and a pro-government commentator trade accusations that the opposite side is fraudulently recruiting Endre Ady to their own camp.

Although last October, Magyar Idők published an article by a right-wing literary historian depicting Ady as a party hack of freemasons and radicals, on the centenary of Ady’s death the government-controlled public media dedicated several of its channels on Sunday to Ady’s poetry, while Magyar Idők published a eulogy on the heritage of Ady.

In Népszava, Miklós Hargitay finds it revolting that the government side should celebrate Ady. As he sees it, the poet was a staunch opponent of anti-western attitudes and harshly opposed the conservative governments of the early 20thcentury.

He was a personal foe of Prime Minister István Tisza, who is now celebrated by the right-wing government, he remarks. He then quotes thirty lines from an article by Ady against nationalism to prove that attempts by the government side to appropriate the great poet’s legacy are unwarranted.

Both PM Orbán and Ady cannot be simultaneously right, Hargitay writes and ends his column exclaiming ‘Either Orbán, or Ady – we must choose’.

In Magyar Idők, Vilmos Ircsik describes Ady’s heritage as highly contradictory, and accuses left-liberals of selecting just one side of that legacy to grant themselves legitimacy.

On the one hand, he writes, Ady did oppose most successive conservative governments, but he supported the one most fiercely criticized by the opposition – because it promised to introduce universal suffrage.

The nationalism he condemned, Ircsik continues, was the variety which was hostile to other nations, but otherwise Ady was a fervent patriot, besides being also a seeker after God – neither of which qualities, Ircsik remarks, are shared by Hungary’s globalist left-liberals.