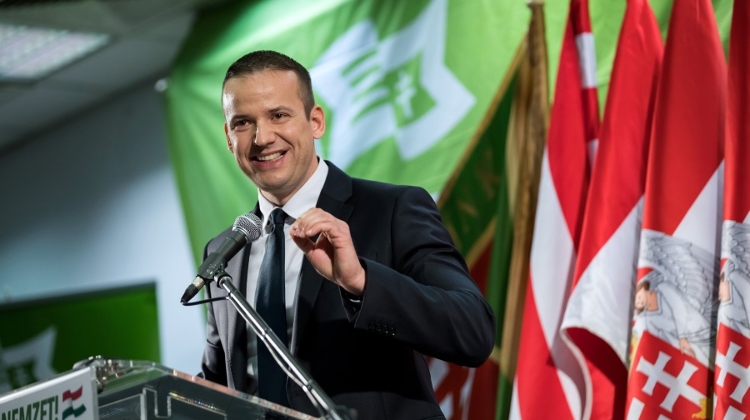 The ultimate aim of the Mi Hazánk (Our Homeland) party is to “rescue, protect and rebuild Hungary, the whole of Europe, and northern civilisation”, the head of the radical party said at a rally in Budapest.

“Hungary belongs to Hungarians and Europe to the European peoples,” László Toroczkai (pictured on top) said. Mi Hazánk is a new political force that will not cooperate with either the ruling Fidesz party or the “left-wing liberal block including (conservative) Jobbik,” he added.

“In this situation, Europe is threatened by two major groups”, he said. One is the “system of bankers represented by French president Macron”, which has an “interest in transforming Europe into a mass of a mixed population of faceless consumers”, and the other is Islamization; Islam, which has been “aggressively expanding ever since its birth”, he said.

Mi Hazánk equally opposes “both conquering ambitions”, Toroczkai said. He said the the programme of Mi Hazánk focuses on strengthening national consciousness, and “reinforcing the Central and Eastern European axis based on Polish-Hungarian cooperation, to be strengthened with Croatia and the Baltic states”.