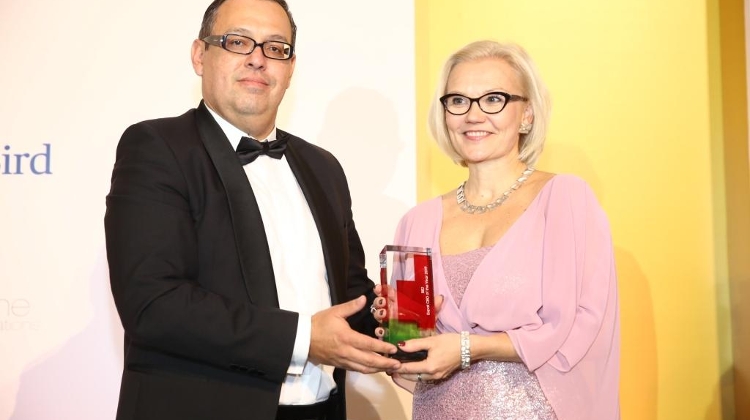 U.S. Ambassador David Cornstein was one of five ambassadors attending, along with the representatives of Austria, Germany, France and Poland.

At the beginning of the night, Levente Magyar lauded the effect of investors in Hungary, saying "Thank you for all the work you put in the country; without you the state of the economy would not be in the position it is in right now."

Head of Apollo Tyres Hungary Kannan Prabhakar thanked HIPA for being a "helping hand" and praised his companyʼs performance in Hungary as being "much better than expected" when he received the award.

In her acceptance speech, Lammi praised the milieu of the gala, noting that she felt as if she was "at the Oscars". She thanked her colleagues at ABB for their work, but noted that her family was one of the most important factors in her success. "One needs to have a good and secure home base as well," Lammi said.

Regarding Hungary, she noted the the country "is riding the positive wave of the energy revolution and the fourth industrial revolution".

Lammi is the first woman, and the first person from Finland, to win the BBJ Expat CEO of the Year award.