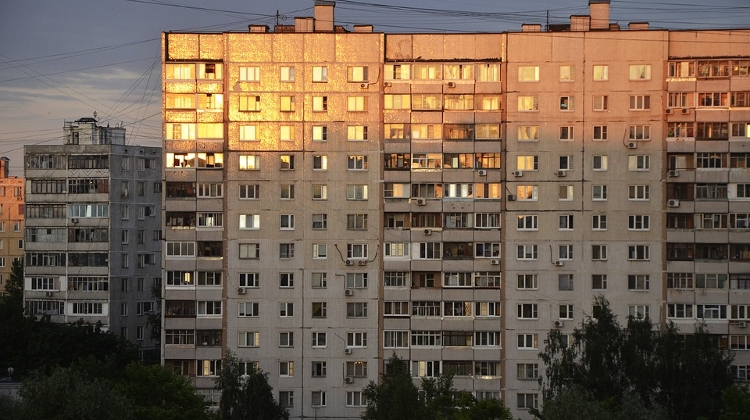 The year 2019 on the real estate market started with strong demand, with prices of apartments in communist-era prefab blocks ("panel buildings") skyrocketing in the capital, according to a report by Duna House Barométer.

"The rising interest is typical of the market at the beginning of the year, as those who want to buy a home this year will started looking for their future homes and keeping an eye on supply and prices," the report notes.

The number of transactions was almost the same as in the corresponding period of 2017, and remained only marginally lower than at the start of last year.

Real estate prices continue to grow steadily, and average apartment prices in some downtown districts are set to reach HUF 800,000 per square meter in the near future.

Compared to last yearʼs figures, the average price of panel flats in Pest and Buda was HUF 5 million higher, while in the countryside the increase was HUF 3-4 mln compared to January 2018.

Parallel to the rise in prices, sales time has continued to decline, with the time needed for a successful transaction decreasing to two to four months.

The general seller and customer profiles do not show significant changes over previous months, with those between 30 and 50 years of age being the most active group on the market. This age group accounted for 60% of all buyers in the capital, according to Duna House.

In a separate report cited by state news wire MTI on Tuesday, OTP Mortgage Bank said the average price of homes in Budapest could reach HUF 850,000 per sqm next year. Prices in the upscale Districts 1, 2, 5 and 12 are already over HUF 1 mln per sqm, it noted.

A map created by the lender of home construction projects in the capital shows some 13,500 homes could be delivered this year, up from 6,400 in 2018. Almost one-third of homes delivered this year will be in District 13, in northern Pest.