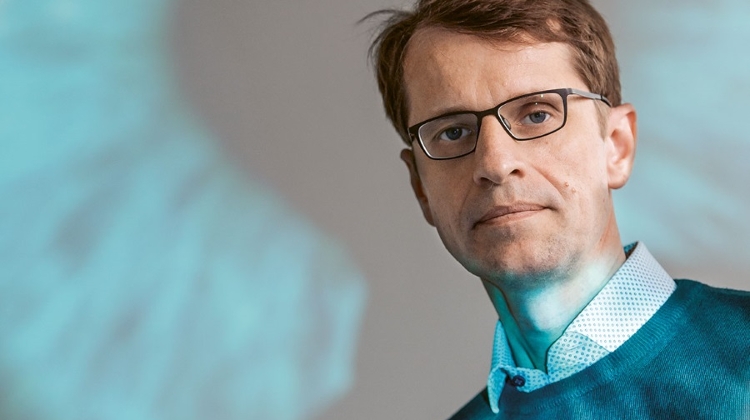 Hungarian-born researcher Dr. Botond Roska has been awarded the 2019 Louis-Jeantet Prize for Medicine for the discovery of basic principles of visual information processing and the development of therapeutic strategies, such as gene therapy, to restore vision in retinal disorders.

Within the last few months, the neurobiologist (who celebrates his 50th birthday this year) received three important medical awards. He is the first Hungarian to earn each of the following: the Bressler Prize for his vision-restoring therapy, the Alden Spencer Prize for understanding the vision process and the Louis Jeantet Award.

In a recent interview with online news site Qubit, he discussed the possibilities and limits of vision restoration therapies, saying that nowadays, blindness is the most feared problem in the world.

According to Roska, in a recent survey carried out in the United States, researchers found that people are more afraid of blindness than they are of any other serious diseases such as cancer or Alzheimer’s.

However, he explained that blindness can be helped with gene therapy: "Blindness that cannot be helped at all does not exist. You can even help those patients who have a lack of vision. It all depends on how much money they sacrifice."

Roska said that although “virtually any blindness can be hacked” thanks to the structure of the visual system, the question of in what quality it can be brought back still remains. This is due to the fact that when vision returns, the brain center must learn to see again and everyone learns at different speeds, with different efficiency.

Roska and his research group have investigated how various cell types in the visual system extract visual information from the environment. Based on molecular mechanisms, they have designed novel gene therapies for restoring vision in genetic forms of blindness.

By interacting with strategically important retinal cell types in the blind retina, the Swiss research group is able to restore the delivery of visual information to the central nervous system of the patient.

The father of the world-renowned researcher was electrical engineer Tamás Roska, founder of the research of neural networks in Hungary. Dr Botond Roska received his medical degree from Semmelweis University, a PhD in neurobiology from the University of California, Berkeley and studied genetics and virology at Harvard University. Roska currently works in Basel, Switzerland as co-director of the Institute of Ophthalmology Basel (IOB).