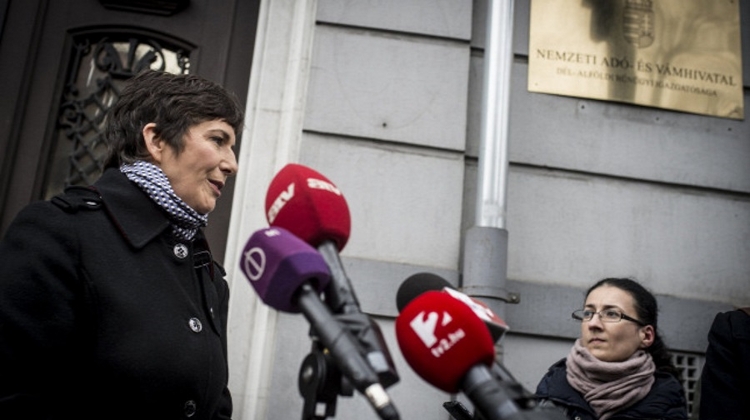 As Ferenc Gyurcsány’s Democratic Coalition (DK) nominates Mr Gyurcsány’s wife as its top candidate for the EP elections, a pro-government commentator points out that her grandfather was a leading figure of the Communist regime, while her party’s spokesman takes up her defence.

On 888, László Sentesi-Zöldi warns Klára Dobrev that she has now ceased to be a private citizen and will not get away with the past of her family.

You, madame, in your person and your family, are the embodiment of what we, the majority of Hungarians are fighting against”, he writes.

Mrs Dobrev’s grandfather, Antal Apró was a member of the Political Committee of the Communist Party throughout the Kádár era. When asked about him, she told ATV ‘I can’t identify with my grandparents.’

On Hírklikk, journalist Zsolt Gréczy MP, who is also the DK spokesman, argues that Klára Dobrev’s personal performance makes her worthy of serving as an MEP.

She is a successful businesswoman, well versed in the system of EU subsidies, and was chief of staff of the successful Socialist electoral campaign in 2002. What more should she have done? He asks.