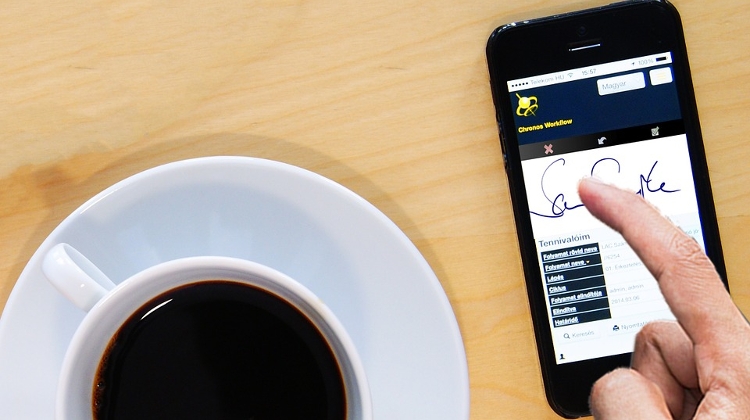 Despite the passing of two decades since its launch, Hungary is still in the "stone age" of e-signatures; even so, a possible digitalization breakthrough in the next few years may alleviate the situation, according to digital certification specialist Netlock.

In Hungary, it has been possible to acquire e-signature certificates since February 25, 1999, with Netlock being the first company to earn the right to issue such certificates.

The company says that despite the rapid development of IT technology in the past 20 years, the spread of e-signatures still lags behind in Hungary.

Although the technology used to be overcomplicated and uncomfortable to use, the companyʼs experts expect the situation to change through digital evolution.

"The first 20 years could certainly not be considered the golden era of e-signatures, but the number of organizations and people possessing a digital identity may skyrocket in the upcoming years," says András Somkuti, president of Docler Group and CEO of Netlock.

"Paperless and virtual space administration is undergoing tremendous development both in administrative and business processes and in everyday life," he adds.

On the one hand, changes in the legal environment push the state and companies in this direction, and on the other hand, the availability of technology has become so wide that there is growing demand from consumers to handle their private, business or official affairs without being present personally, Somkuti notes.

"The new generation of e-signature services are already in line with the consumer needs of the digital age, satisfying the needs of consumers socialized on smartphones, looking for simple and convenient solutions," he says.

"The new service is also a major innovation at the European level and is at the forefront of global innovation as well," asserts Somkuti.

"The qualified e-signature created in this way is accepted in every country of the EU and is the equivalent of a private document with full probative force in Hungarian law," he adds.

The need to use cards, card readers, and special programs partly explains why e-signatures were previously considered overly complex and inconvenient. New-generation methods, however, make it possible to complete the process via smartphone as well.

Netlock says that the online platform is as safe and simple as online banking. Users only need to upload the document they wish to sign using their secret password, and after SMS validation, the document becomes downloadable and e-mailable. This e-signature is the equivalent of a document signed by pen, in the presence of two witnesses.

"In the past months, an increasing number of financial institutions introduced so called biometric signatures, meaning that the client signs on a tablet or a signing pad," Somkuti notes.

"The next step can be complete administration in the virtual space. To do this, the client must have a digital identity, such as an e-signing certificate that can undoubtedly identify the client, while also certified to sign electronically, authenticate forms, and place orders in the digital space."

On the service side, adds Somkuti, there is also the need to create the ability to accept e-authenticated documents, which he describes not only as a matter of technology, but also commitment.

"Whether we look at public administration or the competition sector, we think that digitization will spread at the speed of light. There will be fewer papers, and a more convenient, faster, and safer process in the future in many areas," concludes the Netlock CEO.