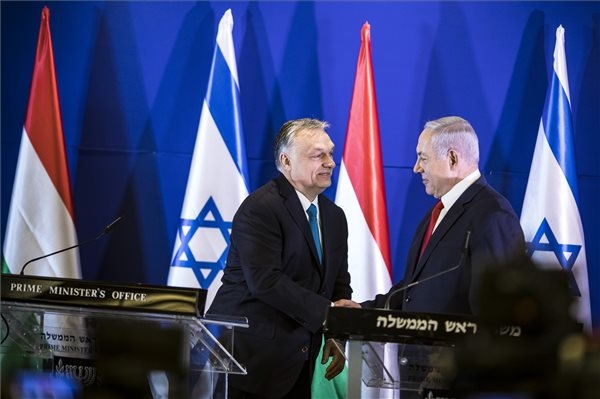 Orbán noted that Hungary and Israel are celebrating the 30th anniversary of re-establishing diplomatic relations, and said that Netanyahu had been instrumental in reviving cooperation between his country and central Europe.

Hungary supports local Jewish communities and the upcoming Maccabi Games in Budapest “will hopefully be the best so far”, he added.

Netanyahu, referring to the significance of cooperation in the fight against terrorism, said that Hungary and Israel together fought extremist Islam.

He mentioned defence, research, science, and environment protection as further areas of cooperation.

Netanyahu thanked Hungary for its support in international organisations and said that the opening of Hungary’s new foreign trade representation in Jerusalem was an important gesture.