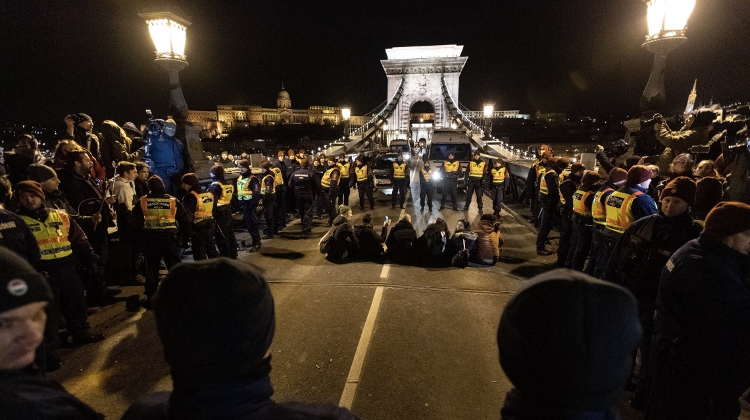 Protesting NGOs will block vehicular access to the Chain Bridge from 8 a.m. to midnight on Sunday.

This blockade is planned to be in force when demonstrators arriving from a protest in Buda Castle cross the bridge to go to the State Audit Office.

All of the opposition parties have said they will take part in the protest outside the prime minister’s new office in Buda Castle after Viktor Orbán gives his state of the nation speech at the Várkert Bazár on Sunday afternoon.

The group calling itself Young People for Democracy will close down the Chain Bridge from 8 a.m. Then the same group will stage a march at 1 p.m. Sunday from Heroes Square via the downtown area to Kossuth tér.

Political parties will hold consultations on the details of the two demonstrations.

Socialist president Bertalan Tóth said “Parliament has not repealed the slave act. Fidesz continues to stand by it, and the State Audit Office is exerting influence, through a direct political intervention, to make sure that the opposition parties run into difficulties at the European Parliament elections”.