Hungarian Opinion: Gov't Edging Towards Agreement With Academy Of Sciences 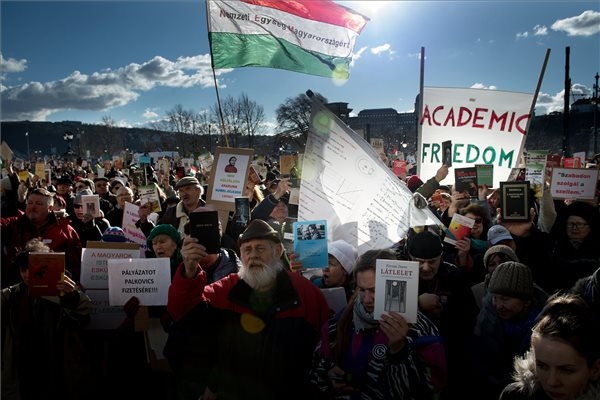 Opinions sharply diverge on a preliminary agreement that is meant to end a standoff between the Academy of Sciences (MTA) and the government.

In a joint declaration of intent, the Ministry of Innovation and Technology and the Praesidium of the MTA outline a reform of scientific research whereby MTA research institutes will in the future operate under the auspices of a new foundation in which each side controls half the votes.

A letter to the roughly 5000 researchers by MTA President László Lovász surfaced on 168 óra, which interprets the news as an admission that the MTA has been blackmailed by the minister.

Lovász justifies his signature under the declaration of intent explaining that the government would in any case sever the research network from the MTA, but without leaving it any measure of control over the institutes.

Since then, all opposition-leaning sites have also published the main points of the letter, under very similar headlines. A group of several hundred researchers sharply protested against the planned deal which has also been condemned by all opposition parties.

On Mandiner, Hungary’s internationally best-known physicist Ferenc Mező says the funds devoted to scientific research should be tripled in Hungary, but the current structures are not fit to use those funds efficiently.

He thinks both unconditional financing of research institutions and their subordination to MTA are unjustifiable and unknown in advanced societies, including the US and Germany where he has worked as a leading scientist over most of the past three decades.

In Magyar Hang, former liberal MP Károly Rab also believes MTA is unfit to run the network of scientific research centres. He bemoans the fact that all attempts to reform the system over the past thirty years have been foiled by the resistance of those who run it.

Rab understands that those interested in maintaining the present setup feel offended, but argues that more efficient research is a must. He doesn’t claim that the proposed reform will produce that, but believes that no substantial improvement is possible without an institutional reform of some kind.

Hungarian Opinion: Dispute Over Academy Of Sciences Rolls On