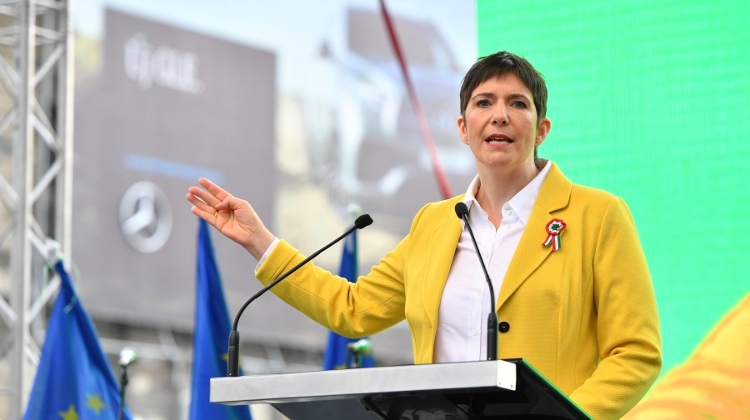 At stake in the upcoming European parliamentary elections is whether Prime Minister Viktor Orbán succeeds in driving Hungary out of the European Union, the top candidate of the opposition Democratic Coalition has said, commenting on the European People’s Party’s decision to freeze the ruling Fidesz party’s rights within the bloc.

Klára Dobrev (pictured on top) said that it had been the EPP that had voted to suspend Fidesz’s rights on Wednesday and not the other way round.

Under the Article 7 procedure Brussels launched against Hungary last year, the country could end up losing access to EU funds along with its voting rights, Dobrev noted.

Now the EPP has decided to examine the state of the rule of law in Hungary, she said, also referring to a vow by Manfred Weber, the EPP’s group leader and spitzenkandidat, to ensure that member states observe basic European democratic norms after the May ballot.

Unless there’s a change of course after the May ballot, Viktor Orbán could end up freezing Hungary out of the EU just as he succeeded in doing with Fidesz from the EPP, she insisted.