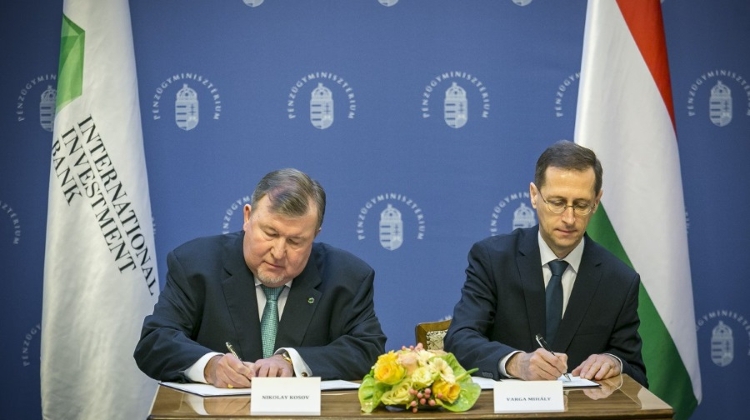 The management board of the International Investment Bank (IIB), which recently announced it will move its headquarters from Moscow to Budapest later this year, has released a statement denying what it says are “unfounded” media accusations of close ties to the Russian secret service and the Russian state itself.

“In accordance with Article 25 of the IIB Charter, all international officers of the Bank are fully independent from any authorities or officials of the states, which they are citizens of,” the statement says, reacting to widespread media claims that the bank remains closely tied to the Russian state and its security apparatus.

IIB adds that it is “an international development financial organization established by sovereign states, and acting in accordance with an international agreement registered in the Secretariat of the United Nations under number 11417 on July 10, 1970.”

The bank also notes that at the moment, EU countries are in control of more than half of the voting shares, and that the decision-making process is completely transparent as the principle of “double majority” is applied during votes.

In addition, the IIB denies the accusation that it acts as a Russian tool to avoid economic sanctions, arguing that it is an international development financial institution.

“The Bank carries out its activities strictly in accordance with international compliance regulations (FATF, Basel Committee on Banking Supervision, OECD) and taking into account existing sanction restrictions,” the board notes. The statement also claims that the bank is apolitical.

The banks says that the relocation of its headquarters to Budapest is a “logical continuation” of the Strategy of Growth (prepared in collaboration with the World Bank Group) aimed at “comprehensive expansion of the IIBʼs activities in European markets in the interest of all its shareholders.”

The bank’s top three shareholders by paid-in capital are Russia, Bulgaria, and Hungary, with 46.03%, 12.95%, and 12.27%, respectively, according to a commentary by the European Council on Foreign Relations (ECFR), a pan-European think tank.

The ECFR commenatary notes that the IIB is registered among the official state organs and governing bodies of the Russian Federation, meaning that it is “an integral part of the Russian state administration.”

It argues that the decision to grant the bankʼs Russian employees “sweeping diplomatic immunities” could hinder action in the event of a security threat, and notes that under draft legislation providing for the bankʼs move to Hungary, “neither the bank nor its transactions or operations are subject to financial or regulatory oversight.”

“Moreover, the law sets no limit on the number of IIB employees or guests in Hungary,” adds the ECFR. “In theory, the bank could host hundreds of foreign citizens who would be able to move freely within the Schengen Area.

The same applies to IIB-owned vehicles, which will be protected from search, expropriation, seizure, and disposal.”