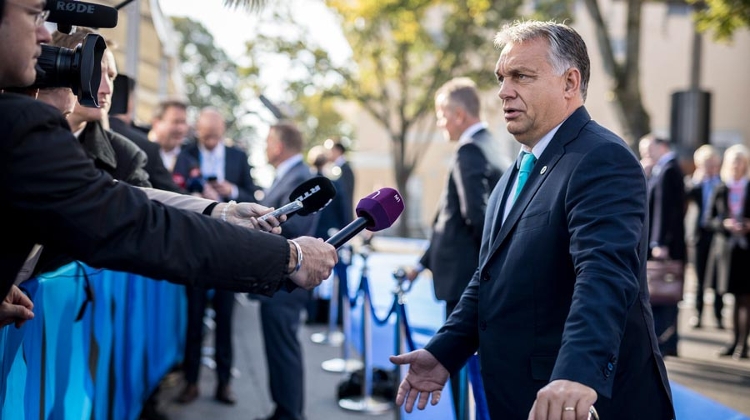 Prime Minister Viktor Orbán has addressed Hungarian-German relations and his government’s European Parliament election campaign focusing on migration in an interview to Welt am Sonntag.

Orbán said the blot on otherwise “excellent” Hungarian-German relations was due to differences in their respective approaches to the issue of migration.

“We insist on the right of nations to defend themselves, whereas Germany has a different philosophy,” he told the conservative paper.

The European Commission should be stripped of migration as a policy area, the prime minister said. Instead, a new professional body under the authority of Schengen-zone interior ministers should take over that responsibility, he added.

“Sadly, [the issue of] migration has sharpened differences here, too”. Orbán insisted that the EPP, if it wanted to win in central Europe, must declare that “Juncker is the past” and Manfred Weber, the EPP’s spitzenkandidat, “the future”.

The prime minister characterised Juncker as a “nice man” for whom he harboured no animosity, but “any attempt” to exclude Fidesz from EPP was his “personal disloyalty”, and “no one can expect us to accept this disloyalty, even if it is the disloyalty of a kind man”.

Orbán insisted that the attack against the government’s billboard campaign had been launched by Europe’s left wing. “The left wing always chooses someone as a target,” Orbán said, adding that its aim was to weaken the European People’s Party, of which Fidesz is a member, with a view to assuming power in Europe, which he characterised as a “power struggle” rather than an ideological one.

“Not everyone understands this, but in the political literature, Lenin refers to ‘useful idiots’ who, while believing they are fighting an intellectual struggle, are actually serving the power interests of others and even opponents,” Orbán said.

Asked whether this was true of some EPP members, he said: “They see division as good instead of unity and the unifying of forces.”