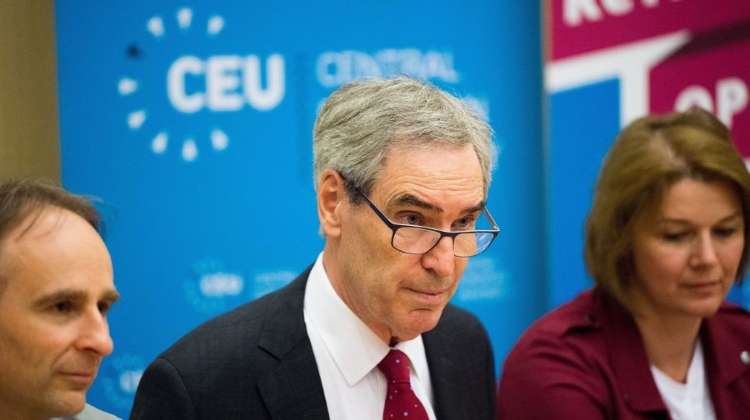 The Central European University campus in Vienna will in all certainty be opened but the institution on Nádor utca will also remain, no matter what happens to the legal permit expected from Fidesz, rector Michael Ignatieff told Klubrádió on Tuesday.

However, he said he does not yet know in what form the university will remain in Budapest if no permit is issued.

“We shall not close the door on Nádor utca; anybody coming here in five years will find us here, I can guarantee that,” he declared.

CEU could co-operate with the Technical University of Munich, but only if Prime Minister Viktor Orbán ratifies the licence of its American associate university, as he had promised earlier, Ignatieff said.

The European People’s Party has also made it clear that Fidesz can only retain its membership if CEU can stay in Budapest issuing US degrees.

Video: CEU Will Move To Vienna 'No Matter What'