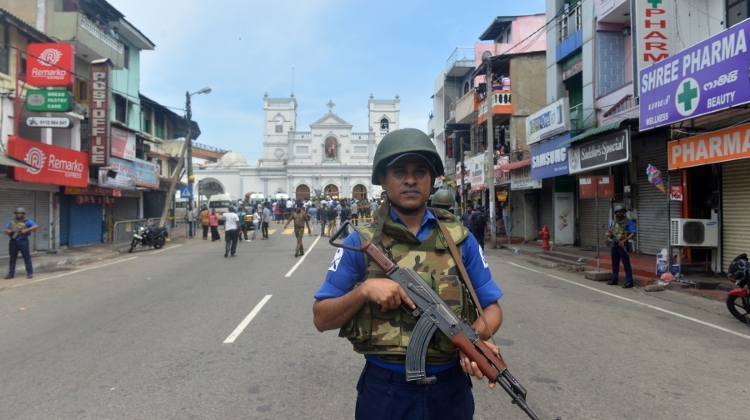 Hungary is a committed partner in the global fight against terrorism and religious extremism, the prime minister wrote in a condolence letter to his Sri Lankan colleague over the Easter Sunday attacks (Photo courtesy of Northfoto) on the Indian Ocean island.

In his letter to Ranil Wickremesinghe, Viktor Orbán said he was “shocked and deeply saddened” to hear about the attacks, the PM’s press chief said.

On behalf of the Hungarian people, Orbán extended his sincere condolences to the families of the victims and wished a speedy recovery to the hundreds of people injured in “these vile attacks”.

The prime minister expressed Hungary’s solidarity with the people of Sri Lanka “in these difficult hours of mourning”.

President János Áder also expressed his condolences to the families and friends of the victims.

In a letter to Maithripala Sirisena, his Sri Lankan counterpart, Áder said he was “shocked and deeply saddened to hear about the brutal acts of terror carried out in four of Sri Lanka’s cities that tragically claimed the lives of so many peaceful people”.

The president also underlined Hungary’s commitment to the global fight against terrorism and religious extremism.

At least 290 people were killed and 500 injured in the Easter Sunday blasts that hit four hotels and three churches.