Hungarian 'March Of The Living' To Be Held On Sunday, 14 April 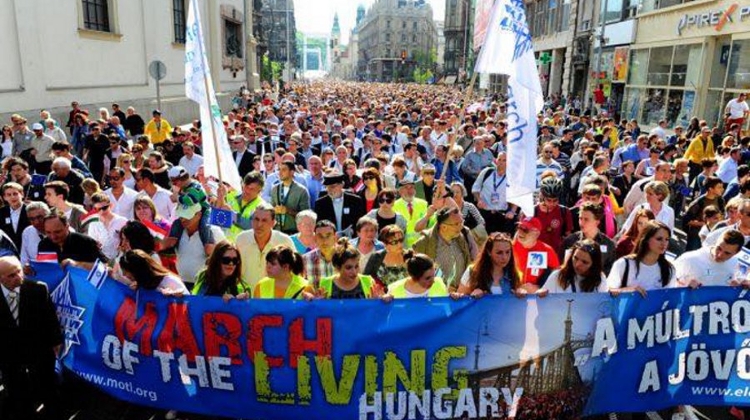 The 17th March of the Living in Budapest, commemorating the victims of the Holocaust, will be held on Sunday, April 14.

Marchers will leave from the Március 15 square at 6pm and proceed by torchlight to the Shoes on the Danube Bank monument in front of Parliament.

This year’s march will be dedicated to Jane Haining, leader of the Scottish Mission school in Budapest from 1932, who protected her Jewish charges from deportation until she was arrested in 1944.

She died in Auschwitz aged 47. The opening speech will be given by David Mundell, the UK Secretary of State for Scotland.

The event will be hosted by Gábor Gordon, board member of the Hungarian March of the Living Foundation, and Iain Lindsay, the UK’s ambassador to Budapest.

The commemoration will be followed by an outdoor screening of “Nicky’s family”, a film commemorating Nicholas Winton, a British man who saved 669 Czech Jewish children.

More info about the March of the Living in Hungarian available here.