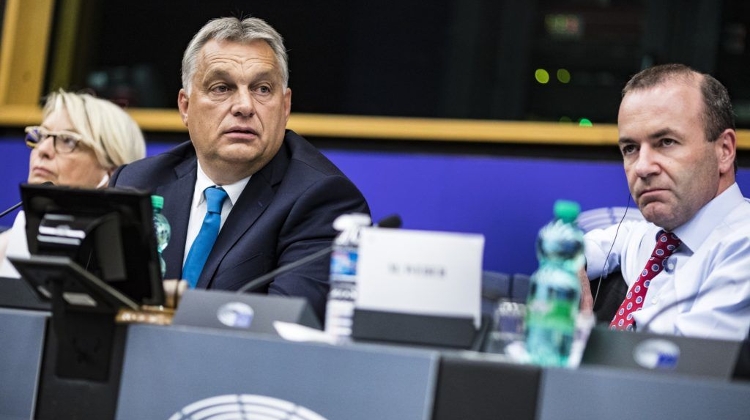 In an interview with ZDF television, Manfred Weber said that he does not want to become President of the European Commission if his election depends on Fidesz votes.

The State Secretary in charge of EU relations in the Prime Minister’s office reacted by declaring that the EPP’s top candidate has become a ‘hostage of the pro-migration Left’.

In the meantime, the pro-government Nézőpont Institute polling company published a survey according to which Fidesz has increased its lead in the wake of its dispute with the EPP.

The pro-government accuses Mr. Weber of bowing through his personal cowardice to the ideological dictates of pro-migrant liberal left-wing ‘soft power’. The pro-government columnist thinks that the spineless moderate politicians of the EPP follow left-wing rules of behaviour, abandon their friends and beliefs, and in order to justify their conduct regularly lie to themselves.

That was the psychology of many people under communist rule, Bayer continues: they had to toe the party line to achieve something and then started justifying themselves with lies.

'You cannot remain true to yourself among such cowardly scoundrels,’ he maintains, and urges Fidesz to ‘quit the Peoples Party – and quick’.