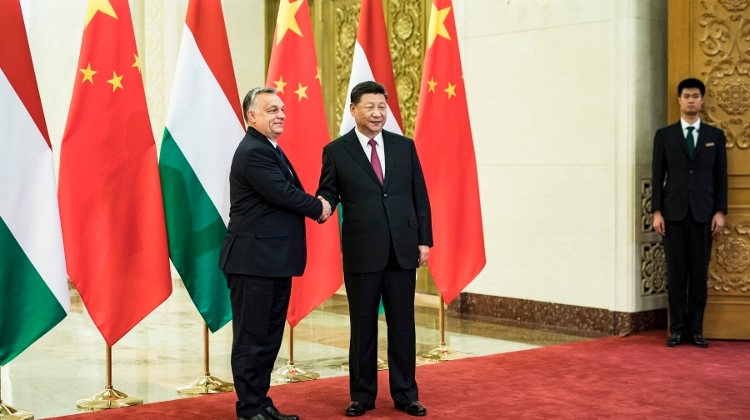 Ahead of the talks, Orbán said it was a great “honour” to be invited to the second forum of the Belt and Road Initiative scheduled for Friday and Saturday.

Belt and Road is a “serious safeguard of worldwide free trade and the freedom of world economy”, he said.

As “Hungarians need an open world economy,” Hungary is ready to cooperate further within the initiative, and will reject “all outside ideological pressure” to the contrary because the Hungarian government will “always act according to national interests”, Orbán said.

Chinese companies have greatly contributed to modernising the Hungarian economy. Chinese investments have now reached some 4.5 billion dollars in Hungary, Orbán said, proposing that the inflow of capital investments be upheld in the future.

Li Keqiang praised Sino-Hungarian cooperation, expressing hope that it would be extended further in sectors such as digitisation.

Cooperation has yielded results and offers great opportunities for large companies as well as SMEs, he said. Free trade and economic development will strengthen world peace, too, he said.