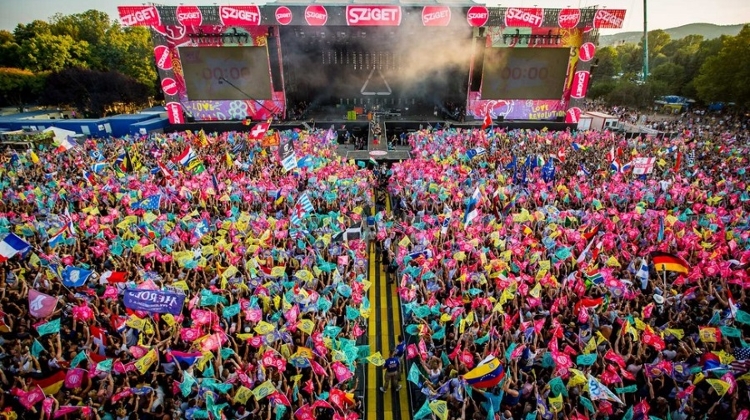 The budget of this year’s Sziget Festival, to be held between August 7 and 13 in Budapest, will surpass 10 billion forints (EUR 31m), organisers said.

The festival will feature headliners like Ed Sheeran, Macklemore, The National, Franz Ferdinand, Richard Ashcroft, Florence + The Machine, Johnny Marr, Twenty One Pilots and the Foo Fighters, they said.

It also offers a rich selection of cultural programmes, they said, such as the Love Revolution campaign for environmental protection and human rights. The Sziget festival in 2018 attracted a record 565,000 visitors.

Sziget will continue its “Love Revolution” campaign addressing issues such as environment protection and human rights. Under the campaign performances and short speeches will be given for the first time on the Main Stage between acts to draw attention to social changes around the world and society’s collective responsibility.

He highlighted programmes addressing issues around migration and cultural diversity at the Civil Island, one of which will allow live discussions with 40 spots around the world including Iraq, the Gaza Strip and North Africa about tolerance and social integration in a studio set up in a container.