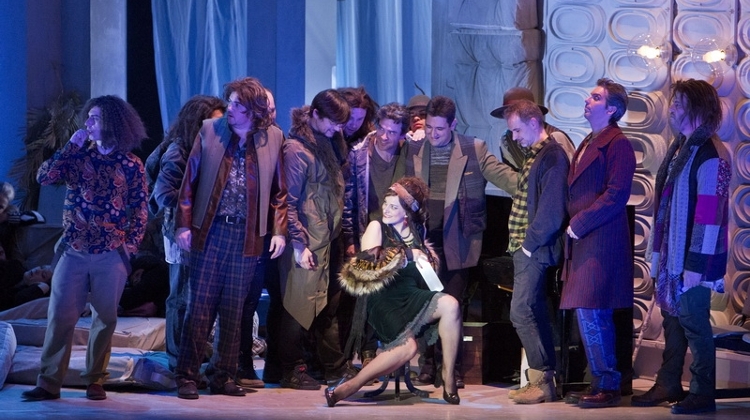 A liberal commentator describes the move of 15 opera singers to declare themselves African Americans to be able to perform Porgy and Bess as witty.

The director of the Hungarian State Opera asked the Caucasian cast of its Porgy and Bess production to self-identify themselves as African Americans, because the Gershwin estate requires the cast to be African American.

15 out of the 25 singers signed a declaration stating that ‘African-American descent and consciousness’ are an ’inseparable part’ of their identity.

Director Szilveszter Ókovács explained that Hungary does not record the race of individuals, and therefore their declaration must be taken at face value.

On Klub Radio, Sándor Szénási ironically asked whether next time, when they will perform Puccini’s Madam Butterfly, the singers will declare themselves descendants of ancient Greater Mongol tribes.

He ridicules the idea that such absurd claims should be taken seriously.

Meanwhile, Szénási describes the ban on Porgy and Bess to be performed by people not being of African American origin as outright ‘stupid’ and writes that the idea to circumvent it by emitting African American identity-declarations ‘is as witty as the ban is stupid’.

He predicts that as soon as the show will be off the stage, the singers will miraculously forget their African American ancestry.