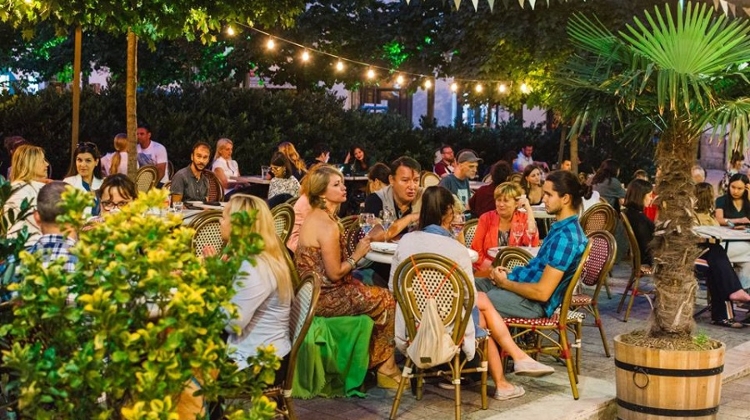 Many believe all the cool kids socialise in Pest, but there's a hot spot in Buda around Bartók Béla út. To most expats Buda is far more than just the Castle District, however some may be missing out on an up-and-coming avenue full of adventures. So here's an in-depth look around this part of town - in particular at the art scene, gastro and cafe culture.

Stretching from the Gellért Hotel to Kelenföld train station, this Neighbourhood has recently become a hub of trendy cafes and bars, delish restaurants, and arty galleries.

A few years ago, Bartók Béla was a quieter, residential part of the city with a few classic cafes and some pretty buildings.

You won’t find hordes of tourists strolling the wide boulevard, rather expats in the loop and locals into the local arts and gastronomy scene.

Even though it feels like it’s outside the city center simply because it's the other side of the river, it’s only a short walk over to the downtown over Liberty Bridge.

There is plenty to discover around here, including regular events. You can head up on the side streets sloping up Gellért Hill to a picturesque area full of old villas and disused pools once belonging to the Gellért Baths.

If you head in the other direction, downhill from Bartók Béla Boulevard, you’ll come to Budafoki Avenue that hugs the grounds of Budapest’s neo-gothic BME University. 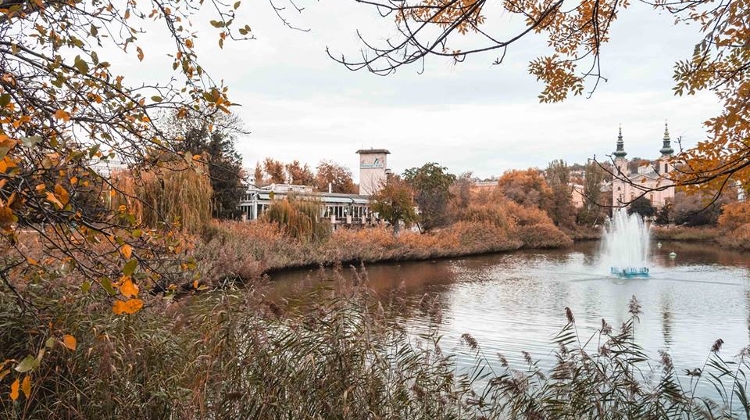 Further up, Bartók Béla Boulevard will bring you to Móricz Zsigmond Körtér, a busy junction stacked with street food, cafes, and transportation that will take you to any part of the city. A little beyond, you’ll read the Feneketlen Tó, the “Bottomless Lake”,  a beautiful small park with great photo ops.

If you’re an art lover, then Bartók Béla has you covered. Between the river and Móricz Zsigmond Körtér, you’ll find many art galleries, antique shops, and design boutiques. 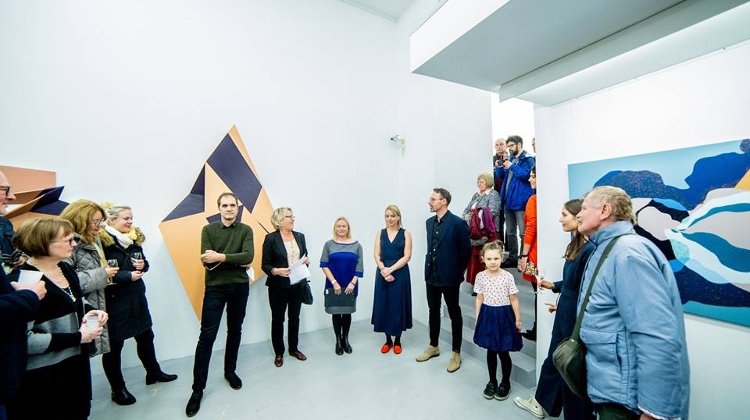 You can see original art as well as the occasional exhibition launch in Bartók 32 Galéria, Faur Zsófi Galéria, Godot Galéria, Gross Arnold Galéria, to name a few. You can go in and take a look around, or even better, bring an original piece of art home.

Remember To Look Up

Architecture lovers will love the buildings around Bartók Béla Boulevard. It’s easy to get lost among the exciting cafes, bars, and galleries, but make sure you look up to spot detailed friezes, statues, and other art nouveau accents. 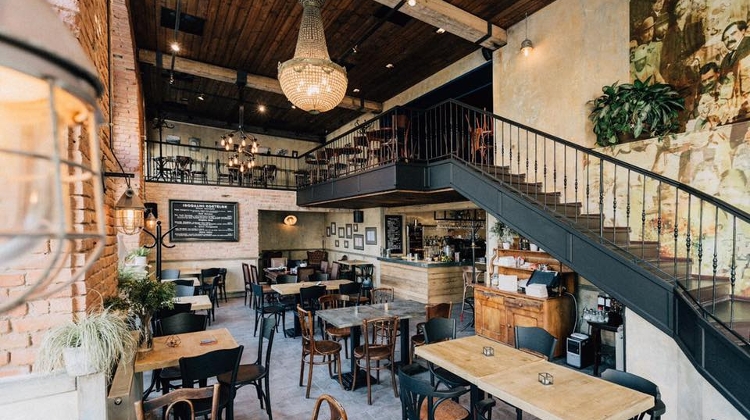 The most spectacular part is around Gárdonyi ter, especially the art nouveau building that’s home to the famous Hadik Cafe and the neighbouring block of apartments built by Ödön Lechner, Hungary’s answer to Gaudi.

Lying at the heart of Bartók Béla you’ll find the Hadik Cafe. This cafe used to be a literary hangout for Hungarian writers in the early 1900s and was one of Budapest’s classic cafesuntil it underwent a modern renovation, that combines the aesthetics of a new wave cafe with a few accents from the old. 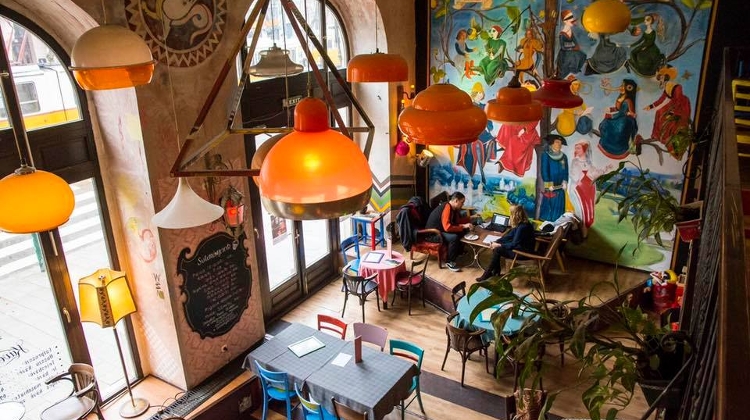 Neighboring Szatyor looks more like a ruin bar with its quirky decor and bright colors. 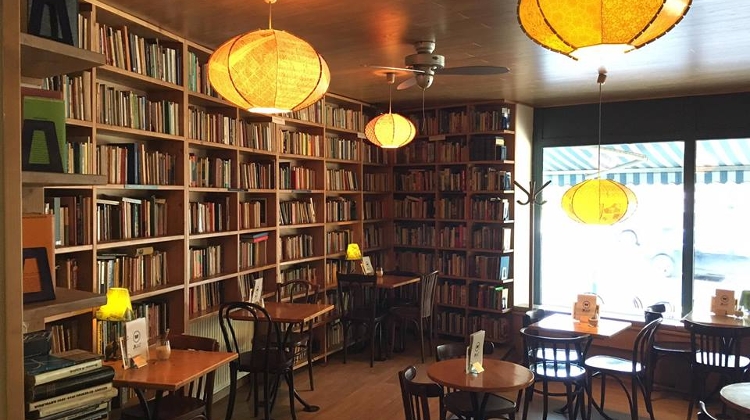 Across the road, Kelet Kavézó offers third wave coffee, gourmet teas, spicy toasted sandwiches, and cakes in its book clad cafe. Kelet functions as a free book exchange, bring a book you don’t want to read – in any language – and pick one up off the shelf you’d instead take home.

A little further up beyond towards Móricz Zsigmond, Gdansk is a tiny shabby-chic bar with some 4-5 tables. It’s stuffed with Polish books for sale, but even if you don’t speak Polish sit down with some delicious homemade pierogi, a good beer, or a shot of vodka.

Back towards the river, Béla is the new kid on the block, a colourful bar and restaurant that has been packed since the day it opened, while KEG Sörművház is the new place in town for craft beer lovers. 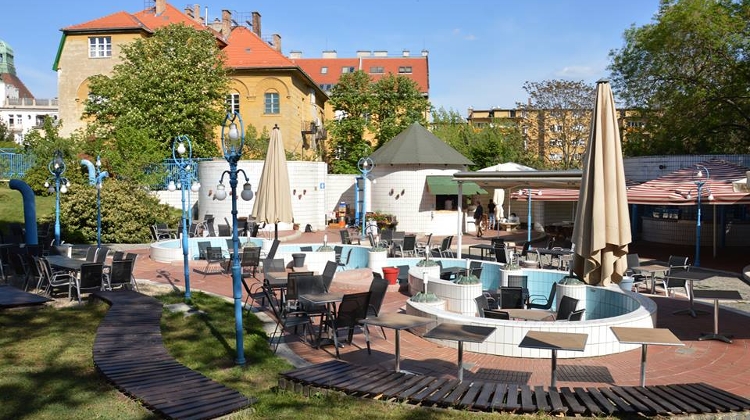 The best time to venture to Bartók Béla is in the warmer months. Head up behind the boulevard and the Gellért Hotel to Pagony, a quirky bar and bistro occupying the disused pools that once belonged to the Gellért Thermal Baths. You can grab a table in one of the drained basins or a table nearby in one of Budapest’s most unusual bars.

Another option is to head up to Feneketlen Tó (“Botomless Lake”), first, you have the Újbudai Park Színpad, a former outdoor theater that has been converted into a fairy light-strewn outdoor bar that is packed in the summer.

Nearby, you have Tranzit, an old bar depot that’s a bar and cultural center with the occasional free film being screened in the garden.

Whether you’re looking for vegan burgers, hummus, or Mexican food you’ll find a wide choice on Bartók Béla. Although many of the places are chains, like Hummus Bar or Arriba Taqueria, there are few independent curiosities. 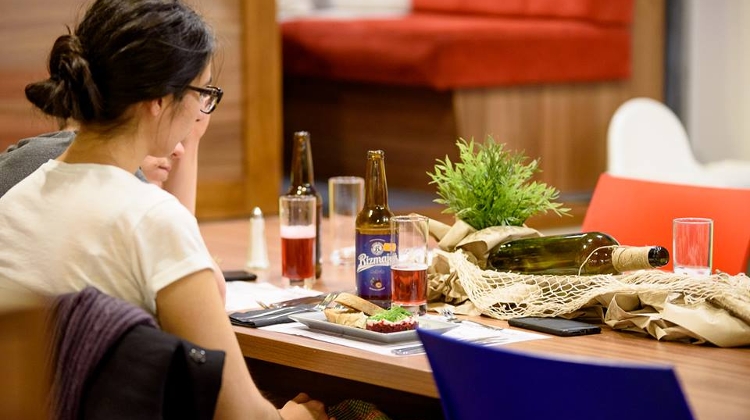 Try the fantastic vegan burgers and hot dogs at Vegan Love, or the creative tapas dishes at La Nube. Head away down Zenta street from Bartók Béla to Bölcső, a gastropub with an excellent beer selection and great craft burgers.

Photo courtesy of the venues.