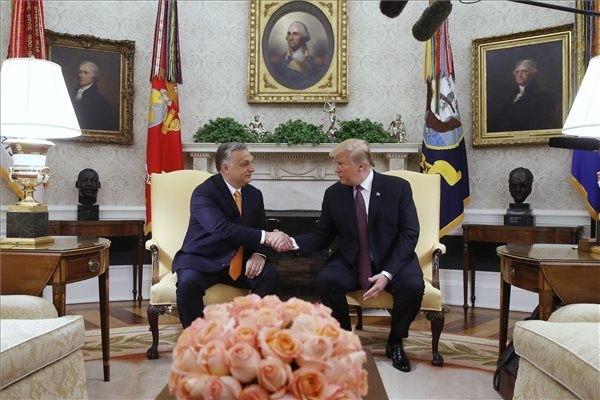 The Monday meeting was rich in gestures showing “mutual sympathy” between the leaders, Szijjártó said.

The 40-minute closed-door meeting was much longer than the “ten minutes or so” usually allotted to such talks, he said. In a rare gesture, Trump also showed his guest “all the way to the White House exit” afterwards, he said.

The talks were held in a “relaxed, sincere” atmosphere, Szijjártó said.

The minister, who attended the closed-door meeting as well as the subsequent plenary talks, said that Trump had been very interested in European affairs.

Orbán and Trump discussed issues regarding Ukraine at length and agreed that Volodymyr Zelensky, the country’s recently elected new president, may give hope for Ukraine renewing its relations with the European Union and Hungary.

Albeit on different scales, the two countries’ economies show similarities in their falling unemployment rates - the numbers of job holders are at a peak in the US and the highest ever since the fall of communism in Hungary, he said.

Those numbers demonstrate that Trump and Orbán both have successful economic policies, Szijjártó said.

The leaders agreed that that data has “made many jealous,” as it can be gleaned from the attacks of the international press, Szijjártó said.

However, they established that both of them have their respective people’s trust, he said.