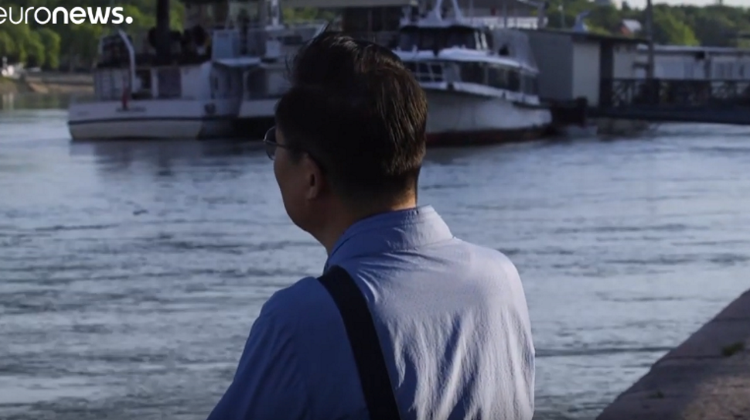 Survivors of the Budapest tour boat disaster say they barely had time to grab hold of a drifting lifeboat while watching in horror as others around them struggled in the dark, rainy waters. Seven people have been confirmed dead and 21 are still missing.

The sightseeing cruise boat had almost finished an hour-long tour, and was nearly at its stop, when a larger ship hit it under Margaret Bridge.

Survivers said around 20 people were on deck taking photographs and preparing to disembark, while the other passengers were downstairs in the boat when the crash happened.

"The current was so fast and people were floating away but the rescue team did not come," said a 31-year-old Korean woman, identified only by her surname Jung, reports channelnewsasia.com.

Jung clung on to a rescue buoy and threw an attached rope to fellow passenger Yoon, 32, according to Yonhap News Agency.

"I saw that big cruise ship coming closer to us but I never imagined it would ram our boat," Jung noted.

Jung and other passengers on deck were thrown into the Danube by the impact of the boat collision.

"Our boat was turned over in an instant and began sinking," Yoon, 32, said. "All those on the deck fell into water and I think those staying in the cabin on the first floor probably couldn't get out of the ship swiftly."

As they held onto a lifeboat together, Jung and Yoon said they cried as they saw heads of other people going up and down in the cold, fast-moving river.

"The people had been plunged into the river in the darkness and shouted 'Help me!' while floundering in the waters. But I couldn't do anything for them," said Jung in tears.

The survivors said the rescue operation began too late and raised questions over why the cruise went ahead in heavy rainfall, reported channelnewsasia.com.

"The relief team that showed up later just took people like me, who were already holding on to tubes, out of the water," 60-year-old survivor surnamed Ahn said.

Cruise ship witnesses described how suddenly the Mermaid sank into the river. American tourist Clay Findley, 62, said he had come up on deck of the other ship involved to take photos when he saw the accident.