WHO In Hungary On 'World No Tobacco Day', 31 May 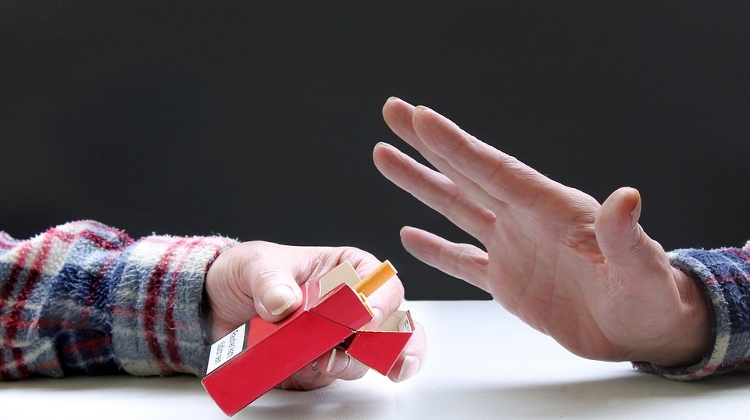 In the WHO European Region, about 209 million (or 29%) of adult population are tobacco users with tobacco-use prevalence among adults and children still high but with a slowly decreasing trend.

Downwards trends in prevalence are encouraging, but are not enough to reach the overall target of a 30% reduction of tobacco-use prevalence among the adult population in the WHO European Region

The consumption of tobacco products is a major risk factor for respiratory diseases as it produces almost immediate harmful effects on the lungs, including reduced lung function and breathlessness. Infants born to mothers who smoke or those exposed to second-hand smoke (SHS) are likely to suffer reduced lung growth and function

Almost 9 of 10 lung cancers are related to tobacco use, which means that 90% of lung cancers can be eliminated if all smokers quit. Once developed, tobacco-related cancers are less responsive to the effects of health care, particularly those of the lung, making tobacco-use prevention and control an utmost priority for public health.

Hungary is among the earliest signatories of the WHO Framework Convention for Tobacco Control (WEHO FCTC) having signed it in June 2003, few weeks after its adoption by the World Health assembly in May 2003.

The country had already a solid tradition of systematic efforts towards Tobacco Control, with a focal point established in 1989 and responsible for professional support to the Ministry of Health in conducting research and liaising with national and international institutions and organizations working in the area of tobacco control.

The complex measures Hungary enforced in protecting public health from tobacco products consist of a vast range that includes:

All the above are fully aligning with the “best buys” strongly recommended by WHO as the most direct, effective and sustainable measures to protect public health from tobacco products.

They also have already resulted in evidence on the improvement of indoor air quality, on the reduction of exposure to second-hand smoke, on the changes in patterns of adult and youth smoking, and on the expansion of public support to smoking cessation and prevention.

It is because of the success of each and every one of those measures, that WHO strongly supports and stands by the recent initiative of the Ministry of Human Capacities on the “Three Generations for Health”, as a community based intervention of partnering with the public for maximizing health benefits through improving healthy lifestyles, health – seeking behaviors and being increasingly active and responsible in using health prevention services for more health and wellbeing.

In this World No Tobacco Day, WHO is bringing attention to Tobacco and Lung Health and is promoting the slogan: “Don’t Let Tobacco Take Your Breath Away”.

For more information, please consult the WHO webpage