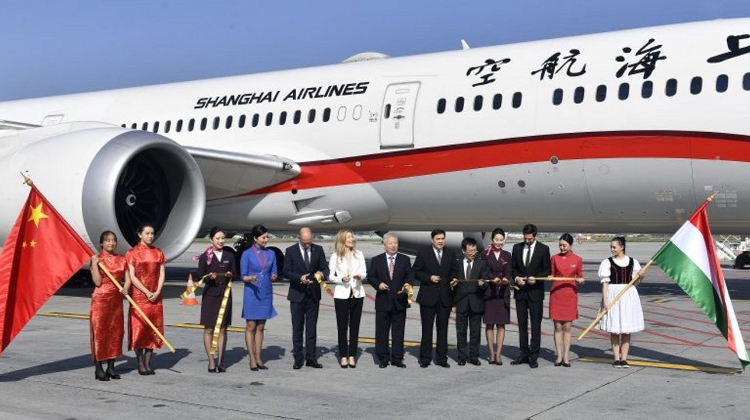 The first direct flight connecting Shanghai and Budapest landed to a ceremonial welcome at Terminal 2B of the Liszt Ferenc International Airport on Friday, 7 June shortly before 6 a.m.

Shanghai Airlines, part of the China Eastern group, will operate the flight three times a week from Pudong Airport.

Budapest Airport CEO Jost Lammers said the airport is working to be more convenient for Chinese passengers. Mandarin-speaking assistants are helping tourists, and online payment methods used in China have also been introduced, he said.

Ministry of Foreign Affairs and Trade state secretary Levente Magyar stressed that Sino-Hungarian relations have never developed at such a pace, and that a stable political and economic background was needed.

Deputy CEO of the Hungarian Tourism Agency Anna Németh said that some 256,000 Chinese tourists came to Hungary last year, an increase of 12% from the previous year.

The new flight is expected to give new impetus to development, Németh added.