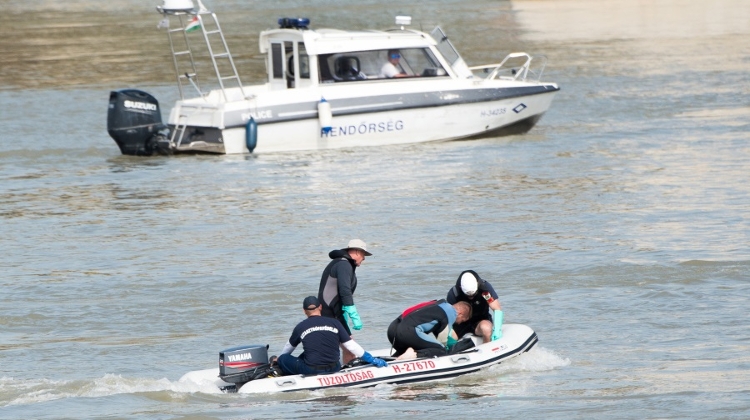 Another four bodies of victims of the Hableány tour boat disaster were pulled from the Danube on Wednesday, two from near the Margit bridge, and two from 40-50km downstream.

The search continues along the entire southern section of the Danube for the bodies of the missing 11 South Korean tourists and two Hungarian crew members who are presumed to have died.

Fifteen bodies have been recovered, while seven tourists are known to have survived the May 29 catastrophe.

Interior Minister Sándor Pintér said no diver may enter the wreckage of the Hableány and only those bodies can be brought to the surface that can be lifted without the divers having to swim inside the wreck.

In its place a memorial dedicated to the victims of “Red Terror” originally erected in the Horthy era will be erected.