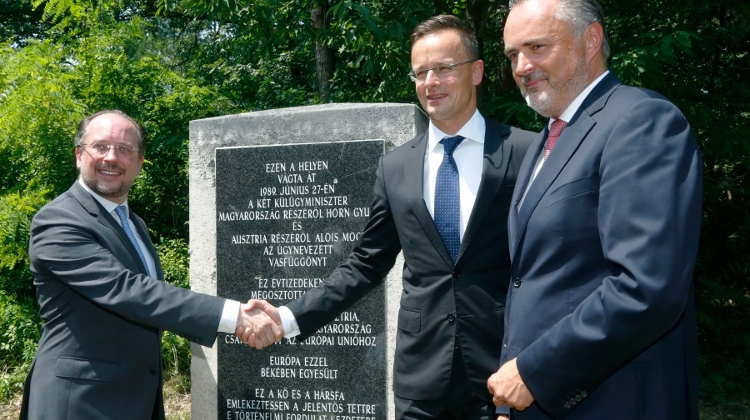 The foreign ministers of Hungary and Austria, Péter Szijjártó and Alexander Schallenberg, marked the 30th anniversary of the symbolic dismantling of the Iron Curtain in Sopron.

The commemoration was held at the exact spot where then Hungarian Foreign Minister Gyula Horn and his Austrian counterpart, Alois Mock, opened the sealed border by symbolically cutting the barbed wire fence on June 27, 1989.

“The Iron Curtain imprisoned Hungarians, but it was only a matter of time before … the core characteristics of the Hungarian people would surface…” Szijjártó said in his speech. “This is what the desire for freedom is like.”

He said central Europe today is home to “robust, developing, proud” countries which are able to cooperate according to national interests and contribute substantially to Europe’s economy and security.

Support for the Hungarian government is overwhelming, he said, giving it a mandate to stand up for national interests in debates over the European Union’s future. Schallenberg said the message of 1989 was “never to forget what we owe to European integration”.

Today, the continent enjoys stability and wealth it didn’t have before, he said. The unification process is not yet finished because many feel that some are closer to power than others, Schallenberg said.

The European Union should work to change that, he said. Before the commemoration, Szijjártó and Schallenberg discussed bilateral cooperation.