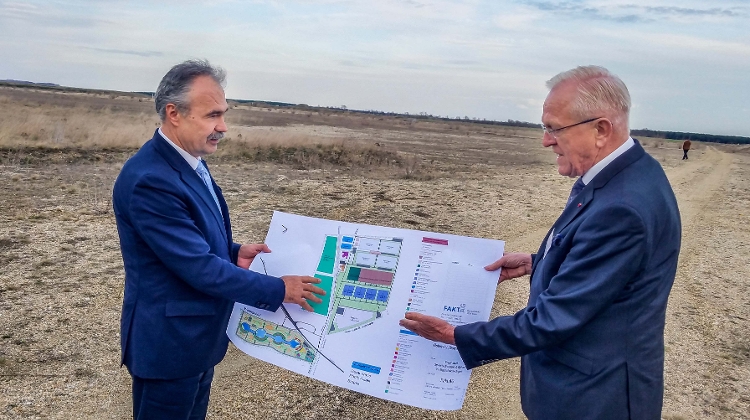 Central Europe’s most up-to-date horticultural production, processing and logistics centre is being built on the outskirts of the towns of Hegyeshalom and Bezenye by German FAKT AG investing EUR 1 billion (HUF 313.7 billion) in the project, the Minister of Agriculture announced.

István Nagy labelled the investment a milestone, because the development implemented on 330 hectares realises the goal of the Ministry of Agriculture to make Hungarian agriculture competitive and to make precision technology widespread.

This investment is the biggest and most complex agricultural and food industrial venture of the past decades, he emphasised, adding that the German company will set up a processing and logistics centre on 50 hectares, greenhouses on 30 and outdoor horticulture on 50 hectares, and that will provide an opportunity for the produce of almost all Hungarian vegetable and fruit producing branches to enter the European markets.

In addition to the production, processing and logistics centre, the investor would create also a fish farm, greenhouses, reefer containers, a conference centre, a hotel, a highway access road and flats in the long term. The total investment will create five thousand new jobs, FAKT AG President and CEO Hubert Schulte-Kemper said.

The aim is to produce in a modern and sustainable way and to process and sell agrarian produce from all over Hungary and cooperate with the educational institutions of the region.

The President – CEO explained also why the area on the outskirts of the two towns of Hegyeshalom and Bezenye was chosen: it is located on the Budapest-Vienna-Bratislava axis and its infrastructure is excellent in both the North/South and the East/West directions.

According to the preliminary plans, they will manufacture 12 product types and the goal is to create a brand that is renown in Europe, he added.

Twenty-five projects, of a total value of EUR 1.2 billion, were realised, and 4 900 jobs created in Győr-Moson-Sopron County in the past four years through the investment promotion projects of KKM, she added.

Board member of E.On Hungária Zrt. Zsolt Jamniczky said that, from the point of view of energy utilisation, this investment may be a flagship in Europe, because the requirement is to develop a sustainable energy management system based on complex renewable energies and adjusted also to the urban development concept.

"No one has done all these together like that”, he said, adding that the investment matches also Hungary’s new energy strategy under development, because it will unite the main pillars of smart, affordable and sustainable energy utilisation”, he said.