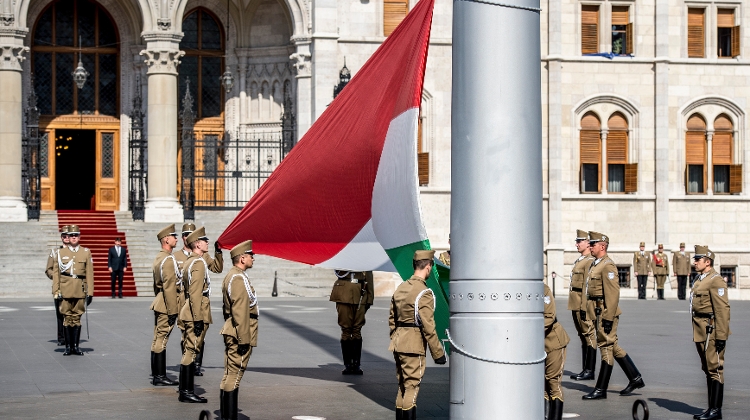 Some 5000 children are arriving from schools both within and across the border – from Transylvania, Serbia, Slovakia and Transcarpathia – to take part in the National Solidarity Day programmes. There will be communal singing in front of Parliament on Kossuth Square

State Secretary for National Policy Árpád Potápi will be giving a speech at the main event, following which thousands of schoolchildren will sing the song Kézfogás (Handshake) under the baton of Kossuth Award-holding singer-songwriter Tamás Szarka.

“On National Solidarity Day students from 94 schools with cross-border sister institutions, a total of 188 schools, will be taking part in the programmes. 2600 children will be arriving from Hungarian schools and some 2300 from cross-border schools in Transylvania, Serbia, Slovakia and Transcarpathia”.

“In addition to the pain of Trianon, we should also be filled with pride because our nation not only survived the country’s mutilation, but we also weathered and survived the bloody 20th century.

And through the Government’s 2010 decision concerning dual citizenship we expressed the fact that every Hungarian, no mater where in the world they live, is part of the country”, the State Secretary said.

On 15 November 1920 the Hungarian National Assembly ratified, and on 16 July 1921 with Act XXXIII proclaimed, the Treaty of Trianon, which stated that the Austro-Hungarian Monarchy had been dissolved, and as a result the area of Hungary (not including Croatia) had been reduced from 283 thousand square kilometres to 93 thousand, and its population from 18.2 million to 7.6 million.

Some 3.2 million Hungarians, one third of the Hungarian peoples, found themselves on the other side of the country’s borders.

The National Assembly declared 4 June, the day the Trianon peace dictate that ended the First World War was signed, the Day of National Solidarity on 31 May 2010. Act XLV of 2010, the Act on National Belonging that declared this, stated: