Nikola Tesla - 'Mind From The Future Exhibition' In Budapest 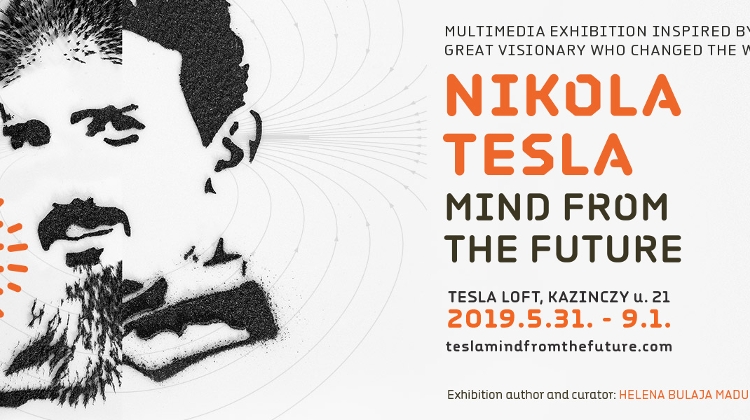 Now on until 1 September. Tesla’s name and legacy experiencing a worldwide revival as a “hot” topic, attraction and inspiration, organisers created a multi-media show on the crossroads of playful contemporary art installations, cutting-edge technology and actual real-life implemented applications.

The goal of Nikola Tesla – Mind from the Future exhibition is to introduce Tesla as a shared Croatian and Hungarian cultural heritage, to promote and provoke artistic excellence, originality, inventiveness and the application of the latest technologies in the area of visual arts.

The exhibition and program activities of Nikola Tesla – Mind from the Future exhibition are an unexplored platform of opportunities that could become Budapest’s stage for positioning itself as one of the key locations for Tesla’s creative work.

Through the networking of domestic and foreign artists that will contribute to the visibility of Croatia and Hungary on an international level.

Nikola Tesla in 1881, at the age of 25 first came to Budapest. His genius mind, full of great ideas and researches about the alternating current principle was inspired by the amazing city…

Rich and vibrant in culture and history, built on more than 100 thermal springs, with impressive underground cave system, Budapest made tremendous impact on Tesla.

There he met his lifelong friend and assistant Antal Szigeti, who continuously supported him in his researches. One day in February 1882, while walking though the city park with Antal, Tesla was reciting a part from Goethe’s Faust, when all of a sudden, he encountered a life changing bliss of a genius mind.

He had finally realized the rotating magnetic field principle, that has 14 years later been implemented in the 1st alternating current power plant, built by Westinghouse company on Niagara Falls.

This genius bliss that changed the world, was a mix of powerful nature and vibrant multicultural imprints of Budapest that inspired Tesla to unlock the secrets of nature, discovering and translating the principle of earth electromagnetic field into the technology that propelled development of human civilization to the world we live in today.