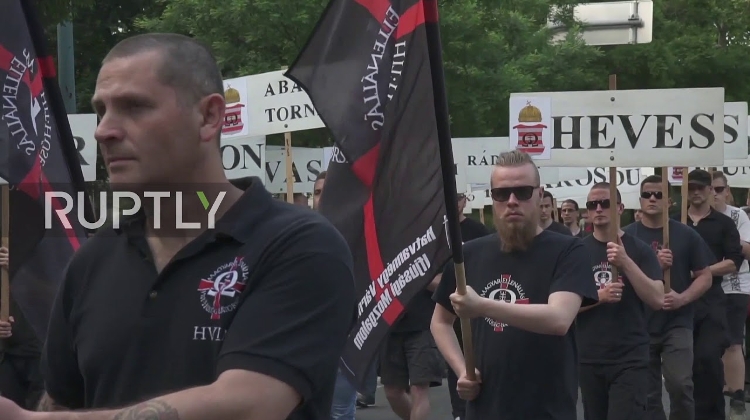 A Hungarian far-right party held a rally in Budapest of Sunday to mourn the 99th anniversary of the Treaty of Trianon.

March organisers the Sixty-Four Counties Youth Movement call for the unification of all Hungarians that live outside of Hungary and the revision of the Treaty of Trianon.

The protest was joined by Laszlo Toroczkai, leader of Mi Hazank, which translates as Our Homeland Movement (OHM). OHM formed last year by ex-members of fellow far-right party Jobbik.

Toroczkai spoke to around 200 supporters before the group marched through the capital, reports Ruptly - see video below.