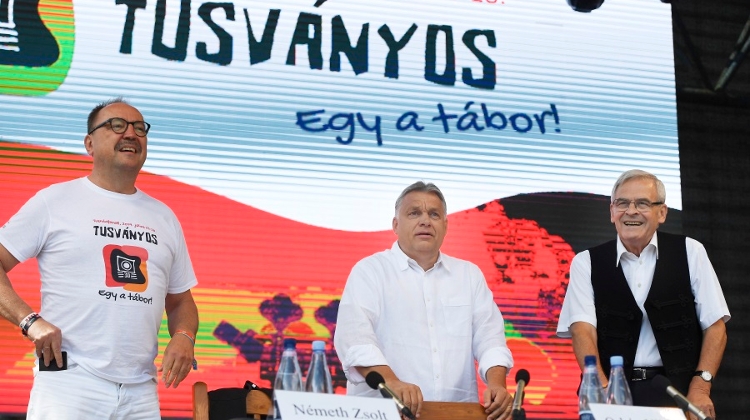 A liberal commentator compares the Prime Minister’s speech to late communist party chief János Kádár’s last address. A pro-government analyst explains what ‘Christian liberty’ means while a left-wing commentator lambasts opposition leaders whom he suggests have no message at all.

On the Magyar Narancs homepage, an anonymous author dismisses PM Orbán’s address at the annual Fidesz summer gathering in Transylvania as inconsistent and reminiscent of the deranged speech the late János Kádár delivered to the Central Committee shortly before his (and his regime’s) death in 1989.

He finds it especially absurd for Mr Orbán to lecture Finland about democracy. (Finland, in its role as President of the EU for the second half of the year, plans to accelerate rule of law procedures against the Hungarian government. Mr Orbán told his supporters on Saturday that Finland has no constitutional court and the Finnish Academy of Sciences is supervised by the Ministry of Education.)

On Vasárnap, pro-government political analyst Dániel Deák explains that ‘Christan liberty’ – the new term coined by Mr Orbán for ‘illiberal democracy’ – means the priority of the community over the individual.

Collectives, including the family which are becoming ever weaker in the West, must be protected, he argues.

On 24.hu, veteran columnist Ervin Tamás remarks that whatever the actual value of his ideas, at least PM Orbán steps forth every summer with a new message that fills the Op-ed pages for weeks, while nothing of the sort emerges from the Left.

On the contrary, he explains, this summer, just a few months before the municipal elections, the only piece of news from socialist quarters was the announcement that former party chairman József Tóbiás has moved to Tenerife, in the Canary Islands and will fly to Budapest from there in order to attend important sessions in Parliament.

(Another former MSZP chair, Ildikó Lendvai found that choice unacceptable: ‘That won’t work out’, she said on ATV.)