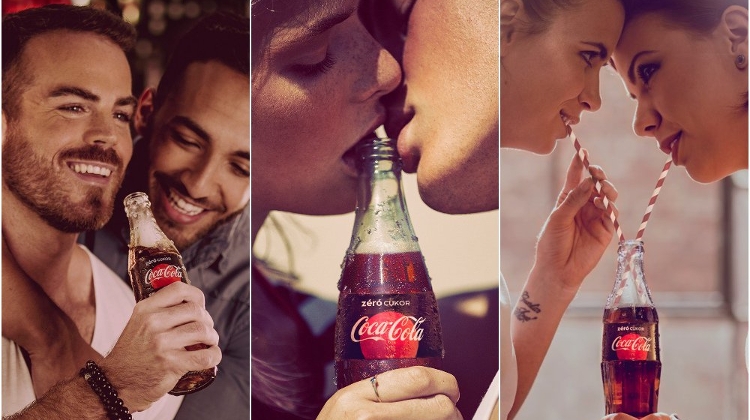 The ads proclaiming “Love is love” are linked to the “Love Revolution” theme of this year’s Sziget festival, of which Coca-Cola is a sponsor.

The company said it is delighted to be associated with the initiative “since equality and diversity are our shared fundamental values”.

Pro-government websites PestiSrácok and 888, as well as Fidesz deputy caucus leader István Boldog, have called for a boycott of Coca-Cola because of the campaign.

Special Coca-Cola bottles featuring the rainbow symbol of the LGBT movement will be available at the festival, which starts on Wednesday.

“We believe both hetero- and homosexuals have the right to love the person they want to as they want to,” the company declared.

“We would like to convey the message that everybody has the right to affection and love and that the feeling of love is identical for everyone,” the statement said, adding “Of course, we respect it if others differ in their opinion”.