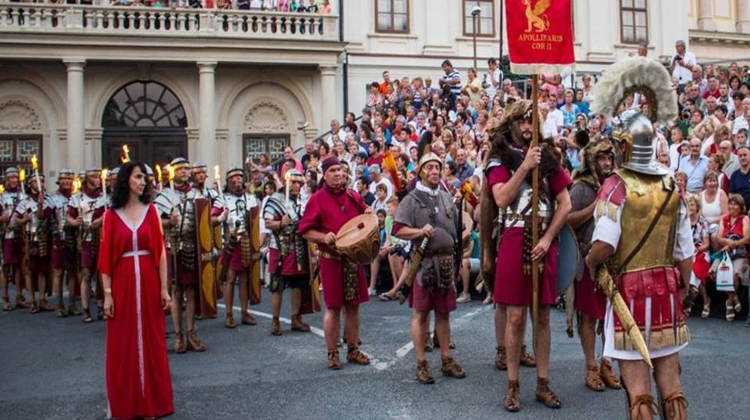 Savaria Fest evokes the historical past and ancient traditions of the city of Szombathely, one of the oldest settlements in Hungary founded by Emperor Claudius around 50 AD.

Once known as Savaria, Szombathely is the only settlement in the Carpathian Basin which has been continually inhabited ever since its Roman foundation.

In a highlight event, about 1,200 people dressed in costumes will be evoking the glorious and memorable historical events of Szombathely and the province Pannonia at a Grand Procession taking place on Saturday and Sunday.

The march will be followed by music performances, acrobats, fire jugglers and 'banner waving' shows.

The four-day festival will offer a wide range of other programmes including exhibitions, national costume shows, and art workshops.

Delegations from Szombathely’s sister cities in Austria, Germany, Portugal and Romania will also attend the event.